Bill Gates Reveals The Biggest ‘Rich Guy’ Thing He Owns, Reminding Us That He Has F*ck You Money 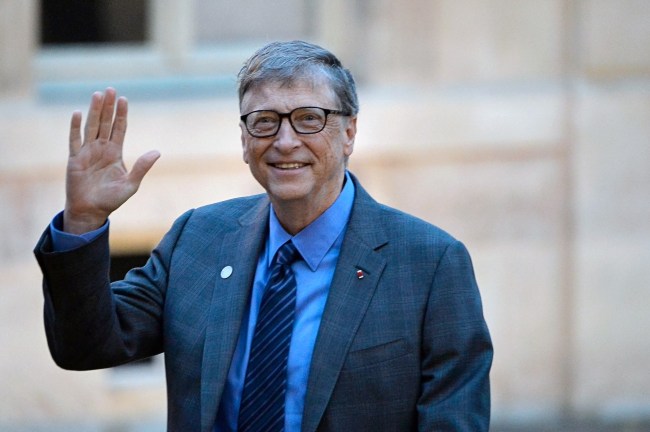 Bill Gates engaged in his seventh Reddit AMA this week, his first since Amazon founder Jeff Bezos dethroned him as the richest man on the planet. God, what a failure.

Every time Gates answers questions from everyday people by way of an AMA, I’m always impressed with his humility, selflessness, and genuine mission to make the world better for everyone. Just yesterday, the dude revealed that he paid $10 BILLION in taxes, but claims he should have paid more on his capital gains. Check out his explanation for why here.

The Microsoft founder also tackled questions about happiness and goals and the most ‘fuck you I’m rich’ aspect of his life. Here are six revelations I found fascinating.

On what makes Bill Gates happy:

Some recently said that when your children are doing well it really is very special and as a parent I completely agree.

Sometimes following through on commitments to yourself like doing more exercise also improves your happiness.

The goal of the Foundation is that all kids grow up healthy – no matter where they are born. That means getting rid of malaria and many of the other diseases that affect poor countries. It should be achievable in my lifetime.

On what piece of theoretical technology Bill Gates wishes he could make possible immediately:

I am fascinated by how hard it has been to teach computers to actually read so they understand the material. An example would be reading a text book and passing a test. This question of knowledge representation is a fascinating one that Microsoft and lots of others are working on.

However if I had one wish to make a new technology it would be a solution to malnutrition. Almost half the kids in poor countries grow up without their body or brain developing fully so they miss most of their potential.

Second would be an HIV vaccine.

On the most ‘treat yo’self rich guy’ thing he’s involved in:

I have a nice house. It includes a trampoline room which seems kind of over the top but my kids love using it to work off their excess energy. I am not sure how guilty I should feel about being in a great house.

The other thing is that I sometimes use a private jet. It does help me do my foundation work but again it is a very privileged thing to have.

On whether being a billionaire has made him happier than being a middle class person:

Yes. I don’t have to think about health costs or college costs. Being free from worry about financial things is a real blessing. Of course you don’t need a billion to get to that point. We do need to reduce the cost growth in these areas so they are accessible to everyone.

On going back in time and giving his younger self advice:

I was overly intense and socially inept.

I would try and make myself more self-aware without getting rid of the focus and desire to learn.

You get a chance with your kids to help them avoid the mistakes you made.

You can check out the entire Reddit AMA here. But, if you’ll excuse me I’m going to try to weasel my way into the trampoline room.