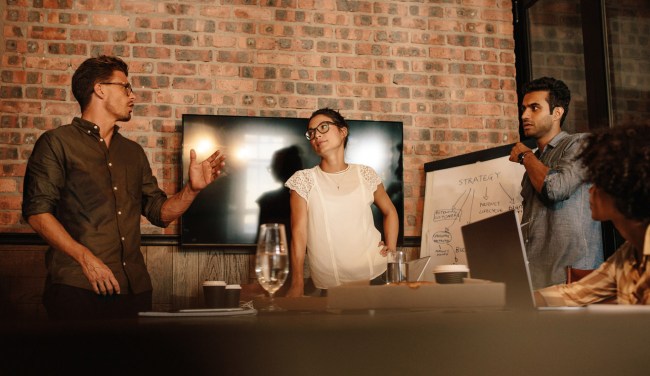 To find out, cost information website HowMuch.net gathered all the relevant data to create two new charts which display the ten most expensive cities as well as the ten cheapest cities in the America in which to start a new company.

SmartAsset, a personal financial advice website, studied 80 cities and calculated the average costs for starting a new company. They took into account everything from legal, accounting, and filing fees to office space, utilities and payroll.

HowMuch.net then turned each of the costs into a percentage of the overall startup cost and created the pie charts you see below to help you easily understand the costs associated with creating a new company in cities across America. 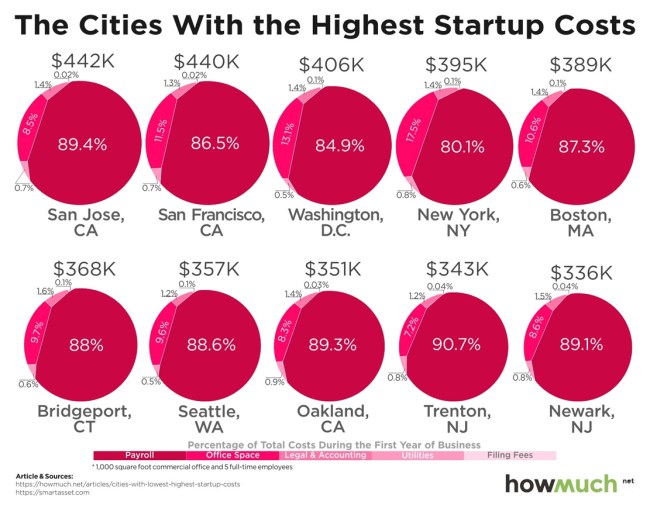 As is almost always the case, payroll accounts for over 80 percent of the total price tag on average in every location. Interestingly, however, they did discover that the more affordable cities, such as Wichita at 91.4 percent, devote a higher percentage of their budgets to making payroll than less affordable locales like New York, where only 80.1 percent of the budget is devoted to paying employees.

The biggest difference between the the least and most expensive cities to start a new company is the cost of office space. For example, Chattanooga at $15,200 is the cheapest city with only 6.6 percent of the company’s initial budget being allocated to office space, while a similar space in New York would cost around $69,000, or about 17.5 percent of a startup’s initial budget. 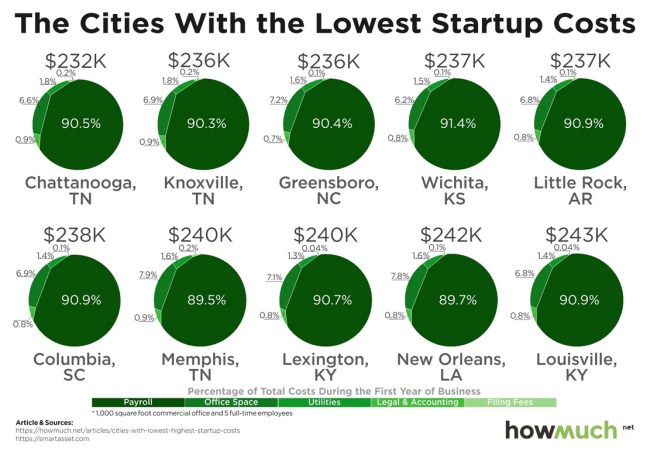 So depending on how badly a new company needs the benefits that come with being located in a coastal city like San Jose or San Francisco, a startup might be better served locating its business in more Midwestern locations and giving itself more flexibility with regard to how it spends its cash.