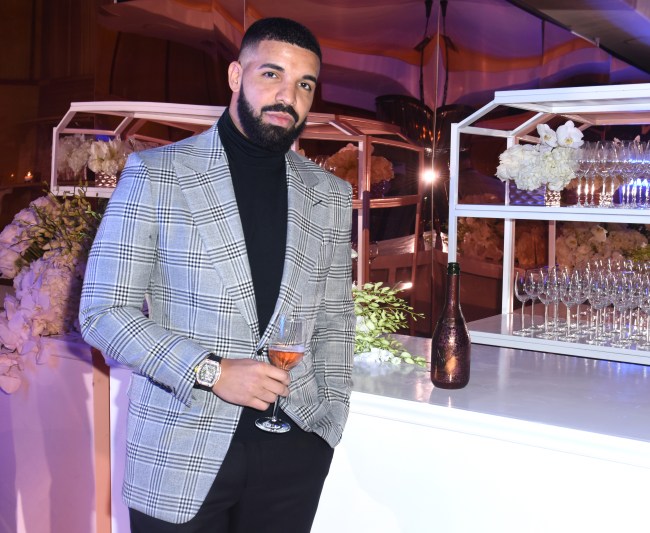 Drake aka Drizzy aka Wheelchair Jimmy is reeling in the success of his re-released mixtape, So Far Gone, marking his 10th consecutive top 10 billboard album. The Canadian rapper is also fresh off being named the world’s best-selling recording artist of 2018, becoming the only artist to hold that title multiple times. Point being, everything Drake touches turns to gold and puts stacks of money in his possession. Like, lots of money.

Estimates of Drake’s net worth range in the 9-figures–from $100-$140 million. The 32-year-old rapper proved that he has Money to Blow, after he recently threw down on a filthy Mercedes-Maybach G 650 Landaulet, just days after ordering a $400,000 iPhone case made of diamonds and gold. The car is just one of just 99 models to be produced in the world, High Snobiety reports.

While the price of the rare car hasn’t been revealed, the car’s last model went for $1.4 million at auction in 2017, so it’s safe to say that Drake dropped well into the seven-figures.

High Snobiety reveals just how luxe this ride is.

The G 650 Landaulet is a convertible version of the G-Wagen, decked out with multiple luxurious features. It’s 22.75 inches longer, leaving space in the rear for calf leather captain’s seats containing heated massagers. The glass partition between driver and passenger can be made opaque at the press of a button, and, of course, the car is fitted with top-notch screens and stereo systems. Even the cupholders are extra, able to warm or chill drinks.

The G 650 Landaulet is more than a luxe interior, though. It contains an AMG twin-turbo V12 engine, which provides 630 horsepower. Portal axels and 17.7 inches of clearance with three locking differentials mean the car can be taken pretty much anywhere.

I hear the car physically adds 3-5 inches on the owner’s penis as well, so congrats to Drake for the growth.