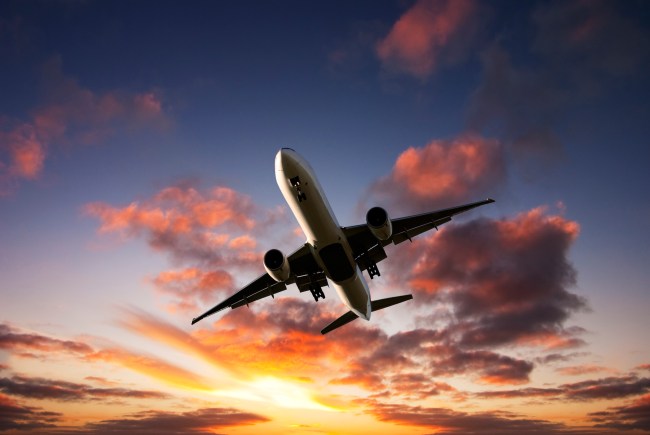 Amid public outcry, the FAA gave a vote of confidence to the Boeing 737 MAX, noting that it was “airworthy.” Of course, the United States’ governing aviation authority also committed to mandating design changes … in April … as in 19 days from now. The “patch” is set to rectify a system that is causing planes to automatically “nose-down.”

The, albeit warranted, worries stem from a series of seemingly related 737 disasters within a five-month span. First, a Lion Air Boeing 737 MAX crashed into the Java Sea killing some 189 people in October. Then over the weekend, 157 passengers were killed when an Ethiopian Airlines 737 MAX went down shortly after takeoff.

And it isn’t just the chem-trail truthers that are connecting the dots. There are some eerie similarities between the accidents. Let’s start with the obvious: it’s the same f*cking plane. And not to mention both planes plummeted soon after takeoff with little to no warning. You don’t have to be the ‘Ancient Aliens’ guy to start looking into proximity to the Bermuda triangle.

Boeing shares fell more than 5% on the first trading day following the weekend disaster. In premarket trading Boeing’s stock was down close to 10%, its largest decline since the 9/11 attacks.

But when accidents happen to a commercial jet-liner maker’s fastest-selling plane of all time, it spells trouble for the manufacturer. The company has more than 5k of the jets in the pipeline for more than 100 carriers. Until this weekend, the 737 MAX had been dubbed an Airbus killer.

Now, at least three countries (China, Indonesia, and Brazil) have grounded all flights aboard the plane and air-passengers in the US have raised concerns the only way Americans know how: via overly aggressive/borderline offensive Twitter trolling.

NO NEED TO GET HOSTILE

If you can’t acquire them … say f*ck it and propose a joint venture. Barrick Gold and Newmont Mining are forming a joint venture in Nevada that is 20 years in the making.

Barrick ended its all share takeover bid of Newmont worth $17.8B after its shareholders took a liking to Newmont’s suggestion of a JV. The venture will afford the mining companies many of the synergies of a full-blown acquisition but without much of the risk. All the synergies, none of the calories.

From enemies to friends?

The two companies have been in talks of forming a JV in Nevada since the 80’s when Barrick bought property right next door to one of Newmont’s largest operations. The gold diggers already operate two mines together, one in Australia and another in Nevada.

This JV, however, would be uncharted territory for gold miners. It will cover ten mining sites, power plants, and transportation equipment, making it the largest gold producing operation in the world. Barrick will, of course, wear the pants in the relationship and own 65% of the venture, with Newmont holding the remaining 35%.

Nevada seems like the ideal place to join operations and cut costs. It’s home to the mines that account for 1/3 of Newmont’s revenue and 40% of Barrick’s. Estimates peg the combined cost savings at $500M (pre-tax) and roughly $5B over a twenty year period.

The White House dropped its fiscal 2020 (starts October 1, 2019) proposal yesterday, estimating a record $4.75T budget. The plan, outlined for Congress, looks to widen the federal deficit to $1.1T next year. Of course with a little bit of luck, the budget should be balanced by 2034. So there’s that.

As expected the budget is heavy on defense spending and light on environmental protection. Because, who the f*ck does Smokey think he is? As it stands, the budget would increase military spending by 5%, (more than even the Pentagon asked for) and gut roughly $1.9T from programs like Medicare and Medicaid. And at least $8.6B of the budget was earmarked for Donny Politics’ Great Wall.

Where do we go from here?

But before you get your panties in a bunch, keep in mind that the budget is a lot like ‘Whose Line Is It Anyways?’ … “everything’s made up and the points don’t matter.” The budget will ultimately be “created” and approved by Congress before heading to the President for signoff … in theory, at least. Think of the President’s budget as more of a starting point for negotiations, and not much more if we’re being honest.

And the Democrat-controlled Congress will most certainly not entertain the current budget, let alone approve it. Reduction of “safety-net,” programs like Medicaid and food stamps will surely be a point of contention and the Congressional Budget Office will be forced to wrap its head around the astronomical growth rates that the Trump administration cites in its first draft.