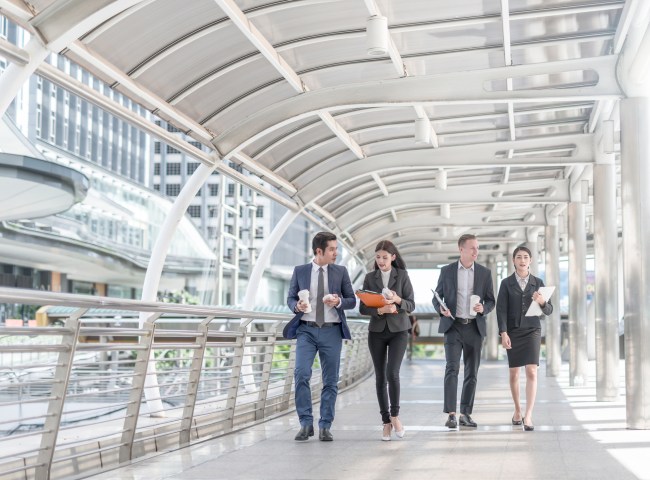 Former Microsoft exec Terry Myerson spent 21-years at the world’s most valuable company before leaving around six months ago to pursue a new career path. During his time at Microsoft, he oversaw the Windows team which has to be one of the most (non-CEO) stressful jobs in Silicon Valley.

Terry wasn’t always a bigger guy according to Business Insider, but as his career continued to advance at Microsoft so did his body weight balloon. The demands of the job, the hours and stress, caused him to gain weight over time and before he could get a handle on it Terry was overweight and living an unhealthy lifestyle, albeit one with a high-paying and powerful Silicon Valley job. ‘”I got heavy. I got to this point where I thought, ‘I have to get healthy or stop working.’

Since leaving Microsoft around six months ago, Terry Myerson completed a half Ironman challenge/race in Hawaii which consists of a 1.2-mile swim, 56-mile bike ride, and 13.1-mile run. Terry’s also lost 40-pounds from the point that he realized he was overweight and needed to make a change in his life.

Thank you @MicrosoftOEM’s Nick Parker for getting me out to run the @SeattleMarathon in the rain this weekend! I've been working in my socks today; my feet are too sore for real shoes. 😉 #RunSea17 pic.twitter.com/639isPiRCa

The change he made was actually remarkably simple and one that a lot of people can incorporate into their daily lives. He switched all of his daily meetings from sit-down/round table meetings to walking meetings. He figured that he could get in extra exercise by walking during meetings instead of sitting in a chair and unsurprisingly, it worked.

He then looked around and thought “Other people can do both [career and fitness], why can’t I?'”

And that’s when he made a simple change: He turned all of his regular meetings into “walking meetings,” even in Seattle’s famously yucky weather. He had several routine 1:1 meetings a day and he did them outside, walking around the campus. And then he created a new rule: any meeting that didn’t need a whiteboard had to be done outside, walking.

A “walking meeting with Terry” became a thing. “People started coming to meetings with jackets. It was fun. It got to be a culture for the group,” he said. (via BI)

Walking every day was the impetus he needed to make change throughout his life. As an engineer, he quickly did the math on how many more calories he was burning and then he got serious about living a healthy lifestyle. He purchased a FitBit with a goal of walking 15,000 steps per day which meant he was burning around 3,000-calories just from walking.

After that, he made the next big jump by making a bargain with himself: he could binge watch whatever shows he wanted but only if he did them on the elliptical machine at the gym.

For that part of his transformation, he credits his guilty pleasure, the TV show “Breaking Bad” and its spin-off “Better Call Saul.” All told, the franchise has more than 100 episodes, and Myerson made a grand bargain with himself: He could only watch the shows while on the treadmill or elliptical at the gym.
He couldn’t help but binge-watch the series. “I had the Surface Pro on the elliptical and I just watched episode after episode,” he said. (via BI)

Let’s recap here. The biggest change he made was to switch all of his meetings to a walking meeting style where he could get in extra steps throughout the day and burn calories at work instead of sitting at a desk chair. This caused him to initially start losing weight and after that he hit the elliptical machine where he’d reward himself with unlimited Netflix binge-watching as long as he was working out.

Sure, MOST PEOPLE cannot just switch their daily meetings to a walking style. But they can incorporate more walking into their daily routines. And there are still plenty of people out there who can use this method. Next time you’re dialing into a conference call from your cell phone, if you don’t need your computer then why not go for a walk during the call instead of sitting down? There are plenty of ways to introduce more physical activity into our day-to-day lives and this style seems like it worked perfectly for Terry.

He discussed all of this in a blog post on LinkedIn which you can read in full by hitting that link. Or you can read the article on Business Insider for the cliff’s notes.