Everything’s bigger in Texas … including the glut of light sweet crude. US oil stockpiles have grown for the ninth week in a row, with the land of the free and the home of the brave producing 11M barrels per day and conservative estimates projecting 12M bpd in 2019.

ICYMI, US suppliers were not allowed to export crude for the better part of 40 years following the 1973 Arab oil embargo. Of course, that all changed in 2015 when Congress lifted the moratorium. Coupled with new and improved extraction methods, including fracking (think: flammable tap water), US oil production has grown exponentially over the past 3 years.

Combined with Russia and Saudi Arabia extracting fossil fuel more feverishly than BP circa 2010, prices of light sweet crude continue to plummet. On Friday, black gold fell 7.7% to $50.42, its largest daily drop since 2015. And you thought bitcoin was having a bad holiday weekend.

It’s worth noting that a slew of other factors have helped beat down oil prices, including a gloomy global economic outlook, Iranian sanctions (and waivers), and uncertainty over the killing of Jamal Khashoggi, which some say has diminished Saudi Arabia’s influence over other oil-producing countries.

Speaking of oil-producing countries, OPEC, the 15-country cartel that oversees the flow of oil from major producers including Saudi Arabia may blink first in a game of chicken with the US. The countries are mulling a “quiet” production cut of 1M or more barrels per day to buoy prices.

GAP IN THE MARKET 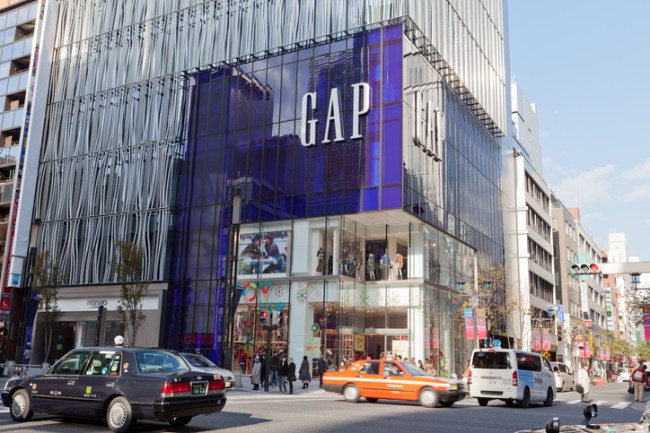 Now where is Zuck supposed to get his hoodie that just screams “stuff me in a locker?”

The GAP plans to shutter “hundreds” of its some 800 stores in North America … and the matter is “urgent” according to CEO Art Peck. The news comes after the GAP unit of GAP Inc. (which includes Old Navy and Banana Republic) reported a 7% decline in quarterly comparable sales and lowered its annual outlook.

Peck plans to trim the fat starting with low performing outlets, including flagships, which represent $100M of earnings contribution opportunity.

But have no fear, the preferred brand of people who are featured on COPS, Old Navy, has more than picked up the slack for its slightly more affluent cousin. Despite GAP stores poor showing, GAP Inc’s. 2k Old Navy, Banana Republic, and Athleta stores lead the company to a $266M profit on total sales of $4.09B in Q3.

Still, shares of the company are down 24% on the year.

Water Cooler Talking Point: “It’s safe to assume that no GAP shoppers were harmed in the making of these Black Friday stampede videos.”

The total amount spent on Thanksgiving this year was a record breaking $3.7B … in digital sales alone. That’s roughly $45M per second. And an estimated one-third of reported sales occurred on mobile, presumably somewhere between grandpa’s off-color jokes and Aunt Kathy’s expletive-laced rant on global warming.

According to Adobe, which tracks trillions of e-commerce transactions, a total of $6.22B was spent online on Black Friday for people who wanted to avoid sh*t like this.

Brick and mortar figures are still trickling in, but early estimates show sales dropping in-store by up to 7%.

Water Cooler Talking Point: “It only takes one video of people trampling each other at a Walmart in West Virginia to realize why Skoal and NASCAR are so popular in this country.”