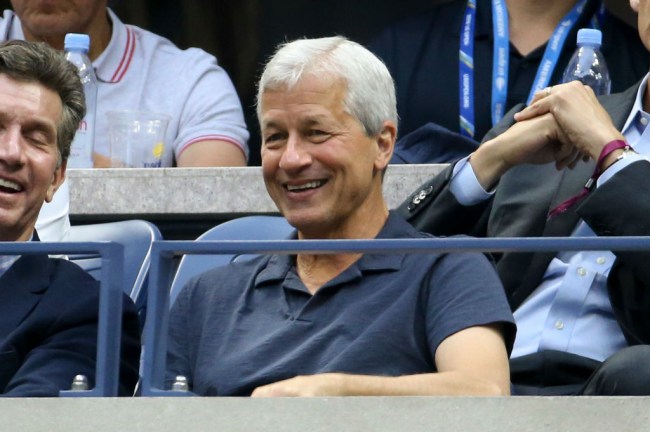 You can sign up now to get the latest news and commentary delivered to your inbox every weekday at 6 AM EST.

Flags on Wall St. are flying at half-mast today.

Jamie Dimon…yes, that Jamie Dimon had an emergency heart surgery yesterday and is recovering as of last night from an acute aortic heart dissection. I’m no doctor but any time you have “heart” and “dissection” in the same sentence, that can NOT be good. According to reports, JD is awake and recovering. The markets over the last few days have taken a toll on all of our tickers, JD.

Co-Presidents Daniel Pinto and Gordon Smith are at the helm and ready to carry the torch while Jamie is down and out. Whether or not the two are planning to do their CEO like Robert Baratheon remains to be seen, but this isn’t the first health scare for the long-time JPM CEO.

Back in 2014, he battled throat cancer but still managed to run the powerful bank throughout his eight-week chemotherapy treatment, from which he fully recovered. So you could say he’s seen some sh*t.

Dimon, who is only 63 years young claimed at JPM’s recent Investor Day that he is planning to work for at least five more years. Who does he think he is, the Tom Brady of banking?

How important is one guy?

Of course, the bank will be fine while Dimon is on the DL. There are plenty of executives who don’t know their kid’s names that will carry the workload. But under Jamie’s supervision, JPMorgan has flourished, largely due to the fact that it avoided getting mixed up in mortgage-backed securities ahead of the 2008 financial crisis.

As a result, the bank was able to swipe up Bear Stearns and the banking ops of Washington Mutual, leading to it becoming the biggest US bank by assets. All in favor of changing the banks’ name to “JD Morgan?”

Major heart surgeries will really put things into perspective. With the recent death of Jack Welch, it’s a good time to remember that there are only two things that are certain: death … and The Water Coolest being delivered to your inbox every morning.

And while plenty of the GOATs of commerce are on the proverbial “back nine” of their careers, it’s become abundantly clear that some of these masters of the universe are having a harder time turning over the keys to the kingdom than others *cough* Ray Dalio and Warren Buffett *cough*.

While JPM certainly has a succession plan in place, Bridgewater and Berkshire Hathaway’s plan Bs are less clear.

Next week on ‘The Profit’, Marcus helps an 89-year old Omaha native create a succession plan for his multibillion-dollar holding company.

💧 “Maybe it’s time to stop telling kids to get off your lawn and start ‘planning for the future.'” (Ian, The Water Coolest HQ)