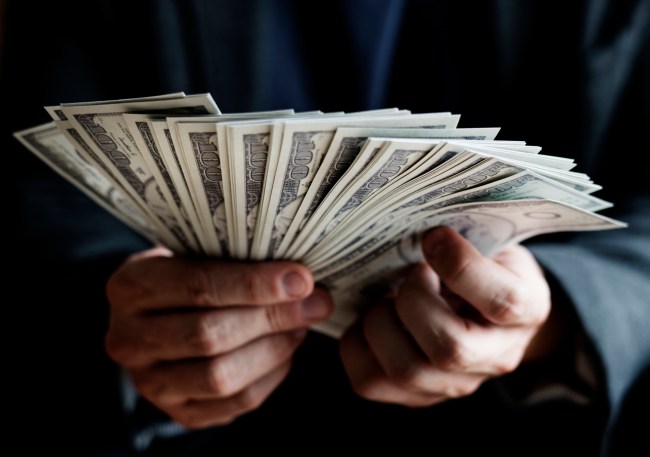 Herbert Wertheim is turning 80 this year. He started out life in South Florida as a dyslexic who was so bad at school he was forced to wear an actual dunce cap in the corner of the classroom. He took to running away from home and fishing/hunting with the Seminole tribe and selling his catch to the locals. It culminated with being hauled in front of a judge for truancy who gave him the option of joining the Navy at 17 or heading to a reform school, he chose the former.

Upon entering the Navy, Herber learned that he was actually quite intelligent. He was a gifted engineer and excelled at Physics. He tested 1st in his class of 135 enlistees. This was the path that would lead Herbert to become the most successful investor in America that you’ve never heard of.

I stumbled onto this story from Forbes this morning expecting it to be about some guy who struck oil or was given a massive loan from his great-grandfather that he was able to flip into billions of dollars by getting lucky. That’s not at all the case. Herbert bought stocks based on companies with good management and in fields he knew well from his engineering background (he’s also an Ophthalmologist).

Here are some pearls of wisdom from how this guy who almost ended up in a reform school for boys went on to become a self-made billionaire with an estimated $2.3 billion net worth and his name plastered across university buildings across America:

“You take what you earn with the sweat of your brow, then you take a percentage of that and you invest it in other people’s labor,” Wertheim says of his near-religious devotion to tithing his wages into the stock market. (via)

He holds an estimated $160 million in Microsoft which he purchased at the time of their IPO, $195 million in Apple, and $800 million in Heico. He, like Warren Buffett, believes you should double down on stocks if you’ve done your due diligence and truly believe in them. When the market goes down and you can buy more, if you *really* believe in that stock then you buy more:

Like Warren Buffett, Wertheim believes firmly in doubling down when his high-conviction picks go against him. He says that if you put your faith in a company’s intellectual property, it doesn’t matter too much if the market goes south for a bit—the product, he believes, has lasting value.

“If you like something at $13 a share, you should like it at $12, $11 or $10 a share,” Wertheim says. “If a stock continues to go down, and you believe in it and did your research, then you buy more. You are actually getting a better deal.” Whenever possible, he adds, dividends are useful in cushioning the pain of stocks that drift down or go sideways.

“My goal is to buy and almost never sell,” he says, parroting a Buffettism. “I let it appreciate as much as it can and use the dividends to move forward.” In this way Wertheim, like the Oracle of Omaha, seldom reinvests dividends but instead uses the cash flow from his portfolio to either fund his lifestyle or make new investments. (via)

While his goal is to buy and ‘almost never sell’, he will sell if his position reverses by 25% or more. This happened with Blackberry several years back when he says he believed in ‘the new management and the recovery story’ but that ended up with massive losses for him.

Heico has been his biggest earner to date. His initial investment of $5 million in the aviation parts company is now worth $800 million. Heico’s sales have compounded at 16% per year and profits at 19%, according to Forbes, and this has allowed Herbert Wertheim to travel the planet on The World, the live-in luxury cruise ship where millionaires buy cabins and stay at sea as long as they want. He owns to cabins on this exclusive ship.

What’s he investing in now?

He recently doubled down on British energy giant BP and now owns over one million shares. But rather than dwell on its sagging, crude-dependent stock chart, he’s betting on its hydrogen fuel cells and enjoying its 6% dividend yield while he waits for the company to recover.

“They have important intellectual property in that area,” he says of the cells, which create electricity by using hydrogen as fuel, a technology Wertheim believes is the future of both air and road transportation. “We’re going to move to a hydrogen economy.” Contrarian Wertheim also likes the troubled stock of General Electric; he owns over 15 million shares and has been picking up more. (via)

I highly suggest reading the full article on Forbes because I started my day with that read and it was definitely eye-opening. He spends 6-hours per week pouring over patents in order to make future investment decisions and truly does the due diligence, and he invests in what he knows. It’s all pretty straight forward investment advice but it’s a strategy that’s made him the wealthiest investor in America that nobody’s ever heard of.