Jeff Bezos and his wife MacKenzie went all “this ain’t it.”

On Wednesday the couple announced their divorce after 25 years of fighting the good fight via a tweet that appears to have been written on a typewriter and scanned into Jeff’s computer. Jeffrey Commerce, the world’s richest person with a net worth of around $137B, said that he and his ex will “remain friends.” Right.

Should the court divide the consciously uncoupled pair’s haul evenly, MacKenzie stands to leave with $68.5B. That would make Jeff’s better half the world’s richest woman. MacKenzie Bezos, a Princeton grad and bookkeeper for Amazon in its early days, met Jeff at an NYC hedge fund in the early ’90’s.

What does this mean for the rest of us?

While Jeff remains atop the Amazon throne much of his net worth is tied up in AMZN shares, thus the company may need to restructure to ensure that Bezos retains his voting power following the split.

Of course, MacKenzie could waive her voting rights or give up her claim to the shares entirely, which means there will undoubtedly be some “shut your mouth when you’re talking to me” in Jeff’s future. The company closed up 0.2% on Wednesday, and analysts don’t believe that the divorce will have much of an effect on Bezos’ ability to run the company or Amazon’s stock price.

TALK DOVISH TO ME JAY 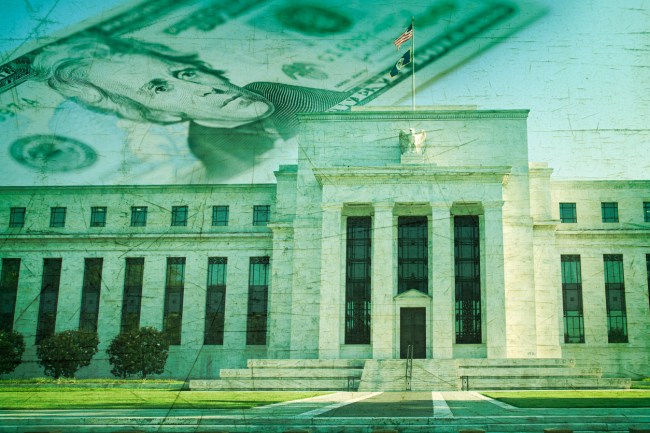 The release of the Fed Minutes is a tradition like any other. Market movers pore over fed-speak mad libs like a gaggle of sorority girls dissecting a Bumble message.

Except, of course, in this case, the global economy hangs in the balance. Wide-eyed analysts waited with bated breath to get their hands on the coveted copy after last month’s much-maligned rate hike.

Following a December rate hike opposed by president Trump delivered amidst market turmoil, Jerry Fund Rates didn’t exactly instill confidence that there wouldn’t be more Federal Funds Rate (FFR) increases in 2019, much to the detriment of the markets.

If markets were any indication, the Fed said all the right things. The FOMC added words like “some” to describe proposed “further gradual increases.” Additional dovish language included indicating that policy firming (read: tightening) was “less clear than earlier.”

Translation: the Fed is distancing itself from 2019 rate hikes … while leaving the door open should duty call.

What’s less clear is how the fed will tackle the wind-down of its balance sheet. The Fed continues to let $50B per month run off of its $4.5T balance sheet. Some on the Street argue that this may, in fact, be a larger concern than the increasing FFR.

Sure, “Dry January” is great for the human race’s collective livers, but not so much for Constellation Brand’s bottom line. The international alcohol distributor cited poor performance in wine and spirit sales after dropping a lower-than-expected outlook for 2019.

The US’ 3rd largest beer company announced back in October that it was looking to divest its wine business altogether for an estimated $3B. It doesn’t appear that the market for underperforming, low-end wine brands is too hot at the moment as the company seems to be stuck with the hooch.

In an attempt to counteract declining wine and spirit’s sales in August Constellation made a massive investment in Canopy Growth, a Canadian cannabis grower. The $4B deal was one of the first of its kind, but thus far the bet hasn’t paid off. In Q3, Constellation wrote down the value of its Canopy stake by $164M.