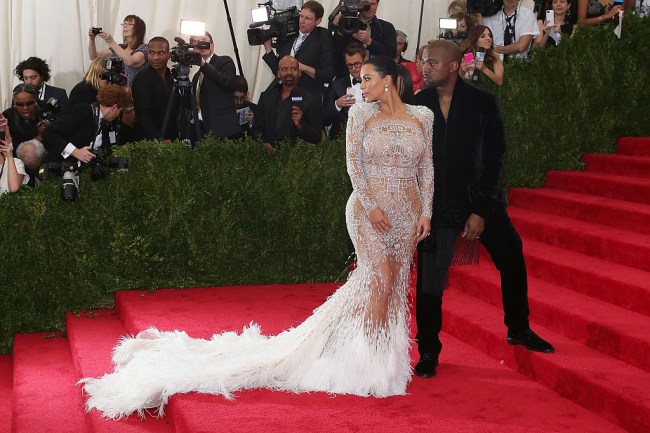 Kanye Omari West is best known as a rapper, but it wasn’t until Kanye became a fashion designer did he start to accumulate massive amounts of wealth. It wasn’t so long ago that Kanye West was $53 million in debt. Flash forward only a couple years later, and Kanye West has a net worth of around $240 million.

In February of 2014, Kanye West claimed that he was $53 million in debt. “I write this to you my brothers while still 53 million dollars in personal debt… Please pray we overcome… This is my true heart…,” the Flashing Lights rapper wrote on Twitter. Kanye was mocked on the internet for his plea for prayer, even a GoFundMe was set up to mock Kanye.

Kanye was in such financial ruin (according to Kanye) that he begged his social media followers to contact Mark Zuckerberg, in an effort to get the Facebook CEO to invest $1 billion into West’s “ideas.” “World, please tweet, FaceTime, Facebook, Instagram, whatever you gotta do to get Mark to support me,” Kanye tweeted.

While Zuckerberg never invested $1 billion into Kanye’s ideas, Mr. West is doing pretty well these days financially. Going into 2020, Kanye has a net worth of $240 million according to Forbes.

Kanye of course believes that he is worth more than that. Kanye said that he is nearly a billionaire and deserves to the Forbes Billionaires List. “When I did Forbes, I showed them a $890 million receipt, and they still didn’t say ‘billionaire,’” he said in November.

Kanye was so bothered at the insult of having a paltry net worth of $240 million that he threated to change his name to “Christian Genius Billionaire Kanye West.”

“When people say it’s crass to call yourself a billionaire, I say I might legally change my name to Christian Genius Billionaire Kanye West for a year until y’all understand exactly what it is,” Kanye said. That idea was not well-received on the internet.

Forbes responded to Kanye’s complaint in an article titled Why Kanye West Isn’t On The Forbes Billionaires List—Yet.

“So why hasn’t West appeared on our Billionaires list? The main reason is quite simple: The issue containing that ranking comes out once per year, usually in the spring,” the articles stated. “When we looked at West’s wealth in early 2019, we pegged his net worth at $240 million—admittedly conservative, as we aim to be with all our wealth estimates.”

The article’s author, Zack O’Malley Greenburg, added that when he interviewed Kanye over the summer, that he didn’t “recall seeing the aforementioned $890 million receipt among the materials he and his team provided, that alone would not be enough to prove billionaire status.”

So how did Kanye go from $53 million in debt to having a net worth of $240 million to as much as $890 million? West, who made his ascension into popularity as a record producer from Atlanta, started designing clothing and shoes. The Roc-A-Fella Records producer built an entire empire with his extremely coveted Yeezy brand.

The Yeezy brand is estimated to make approximately $1.5 billion in sales in 2019. For comparison, the Jordan brand will make around $3 billion for the same time period. In August, Forbes estimated that Kanye earned $150 million in pretax income, most of which came from the Yeezy brand.

Yeezy signed on to be part of adidas in 2013 after initially being part of the Nike family. Kanye negotiated an “unheard of 15% royalty on the wholesale price of his sneakers,” plus a marketing fee. Michael Jordan only receives 5% of Jordan brand sales despite being the face of the preeminent sneaker empire.

“Perhaps most impressively, West still owns 100% of Yeezy. This is the reason he became a centimillionaire many times over much earlier in his life than [Michael] Jordan,” Forbes said of the hip-hop artist turned entrepreneur. “Given Yeezy’s success, West should eventually join the NBA legend—alongside sister-in-law Kylie Jenner and mentor Jay-Z—in achieving billionaire status, though the never-modest West would claim he’s there already.”

“It’s of no surprise to anyone who works with or is close to Kanye that he has been able to turn millions of dollars in debt into a billion in only four years,” Kim Kardashian said of her incredibly successful husband. “100% on his own terms, while owning 100% of his business.”

Kanye has developed Yeezy shoes and apparel for women that have been marketed by his wife Kim Kardashian as well as the Kardashian family, who have hundreds of millions of followers on social media.

In September, Kanye was named as the highest-paid rapper of 2019 according to Forbes. Earning $150 million, West nearly doubled the income of his friend-turned-rival and Watch the Throne collaborator Jay-Z, who made $81 million.

On October 25, 2019, Kanye released his latest album Jesus Is King, and it debuted at No. 1 on the Billboard charts. The new gospel-inspired album became Kanye’s ninth-consecutive debut at No. 1, tying Eminem. The G.O.O.D. Music/Def Jam Recordings album sold 264,000 album units in the U.S. in the week ending on October 31, 2019.

In 2014, Kanye and Kim Kardashian purchased a 15,667-square-foot mansion Hidden Hills, California. The celebrity couple waited four years for their home with vineyards and fountains to be completed. In 2018, Kris Jenner tweeted that the luxurious property is worth $60 million.

In September of this year, Kanye West bought a $14 million Wyoming ranch. The Monster Lake Ranch is a 1,400-acre property in Cody, Wyoming, about 75 miles from Yellowstone National Park. The property features a state-of-the-art shooting range, restaurant, saloon, horse barns, and event venue.

To get his family to all of their properties around the country, Kanye bought his own double-decker Boeing 747 that can seat 660 passengers in November of 2018. “No big deal just taking a private 747 this is how [Kanye] does it now. Only 747s. Private. I’ve never even heard of this but whatever,” Kardashian said on Instagram.

You can read more news about Kanye West HERE.