Wall Street Analyst Claims The Legal Marijuana Industry Could Be Worth $47 Billion In The U.S. 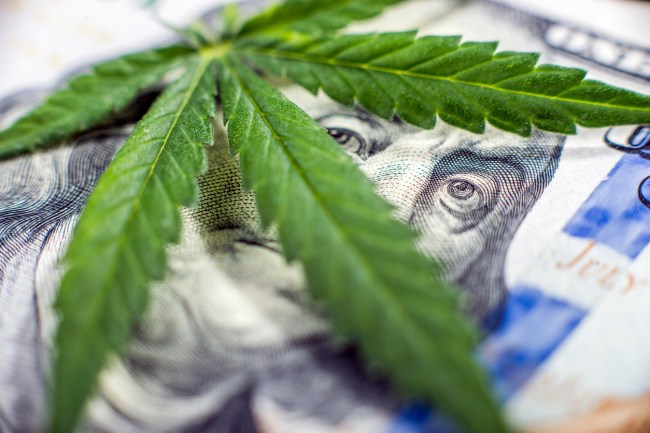 For those of you who remember when the stigma of weed was strong, the ubiquity of it today is especially surprising. For those who were forced to smoke out of an apple or Gatorade bottle and willingly take 4-6 years off your life due to aluminum inhalation, or those who traveled to a town you otherwise wouldn’t be caught dead in to meet your cousin’s friend’s electrician for a dime bag, the idea of eating a gummy bear and being high for six hours seems like a cheat code.

But the reality is that weed is on the road to becoming wholly de-stigmatized and embedded in the cultural conscience as a product that doesn’t deserve the harsh criticism its received in the past. Basically, we are unlearning everything we learned in D.A.R.E.

And according to a Wall Street analyst, legal marijuana could become an industry that rivals the spirits, wine and beer markets.

According to Business Insider, RBC Capital Markets estimates that legal sales of marijuana in the US could be worth $47 billion within the next decade.

“In this US, the legal cannabis category is set to grow at a 17% CAGR over the next decade to as much as $47 billion in annual sales (this compares to the current diaper category at $4 billion in sales),” analyst Nik Modi wrote.

“Driving the growth is recreational use of the product, particularly concentrates and edibles. Estimates already suggest that the US category alone is $50 billion, which compares to spirits $58 billion, wine $65 billion, and beer $117 billion.” RBC’s $50 billion estimate includes both legal and illegal sales, and it’s not clear what the percentage is of each.

The success of Canopy Growth, the largest publicly traded marijuana company valued at $38 billion, shouldn’t come as a surprise considering RBC claims that 83% of Americans say there should be some form of legal marijuana usage.

As Business Insider points out, the traditional buds that we grew up with are becoming less sought after and has lower margin than other concentrated products. In Colorado, actual weed has decreased from 70% of total sales to 46%, with concentrates making up the margin.

A part of me longs for the nostalgia that comes with being intrepid about smoking. There’s something to be said for cutting a five-gallon Poland Springs bottle to make a gravity bong when resources were limited. Some of my best smoking memories are when it was the hardest and riskiest to do it. Kids now, with their gummies and odorless pens, will never know that fulfilling struggle.