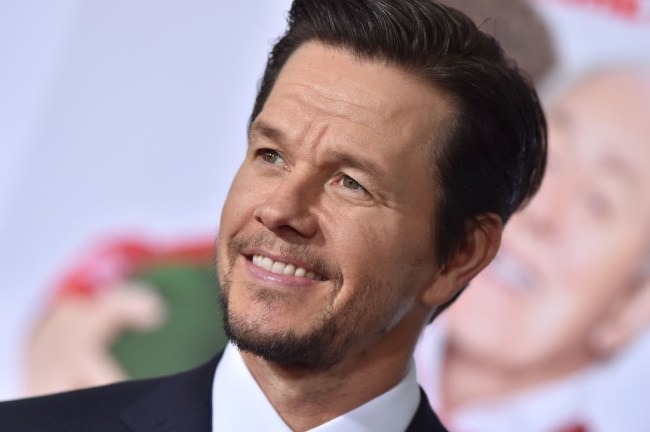 Mark Wahlberg’s daily regiment is as tight as my budget the day before payday. The 47-year-old actor, producer, businessman, and former rapper topped the list of world’s highest paid actors in 2017, raking in $68 million. He successfully reached his goal of six percent body fat for the filming of the Ridley Scott–directed thriller All the Money in the World, which was released in December of 2017.

“It’s work ethic, it’s something I’ve always had,” Wahlberg said in a Men’s Health interview at the time.

Work ethic is one thing, but how does one human find the time in a career to complete 43 movies, open a burger chain called Wahlburgers, and then create a reality show to promote it, all while seemingly keeping the metabolism of a college sophomore?

Well, Wahlberg’s intense gym routine has been well-documented (this video of him hitting the battle ropes and kettle bells gives me second-hand exhaustion), but the actor took to Instagram Tuesday to let his followers in on his absurd 24-hour routine. Check it out below. 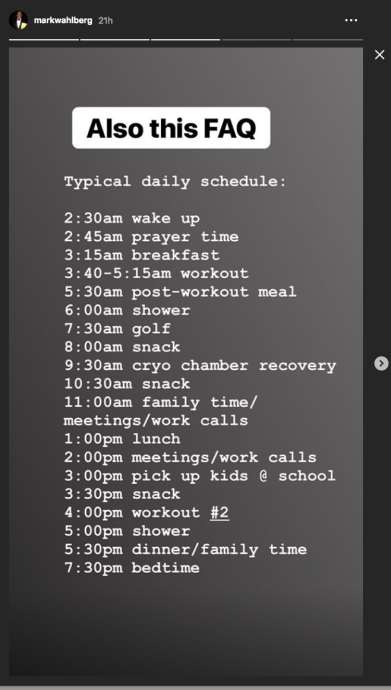 2:30 wakeup? Dude I wake up at 2:30 to finish the leftover tikka masala in the fridge before getting six more hours of Z’s.

6:00 am: An hour and a half shower. It’s confirmed: Mark Wahlberg is a shower masturbator. Samesies dude, fist bump. Actually, nevermind.

7:30 am: A half hour of golf. Dude I haven’t escaped a round of golf under three hours and after the fifth hole I’m not even hitting, just driving around the course drunk.

7:30 pm bedtime: Going to bed while its still light out gives me uncomfortable flashbacks to when I was a kid and my dad sent me to bed after dinner for putting a pin on my neighbors bike seat. I was flirting!