Martin Shkreli Is Still At It; AirBnb Buys HotelTonight; ECB Stimulus On Its Way

AIN’T NO REST FOR THE WICKED 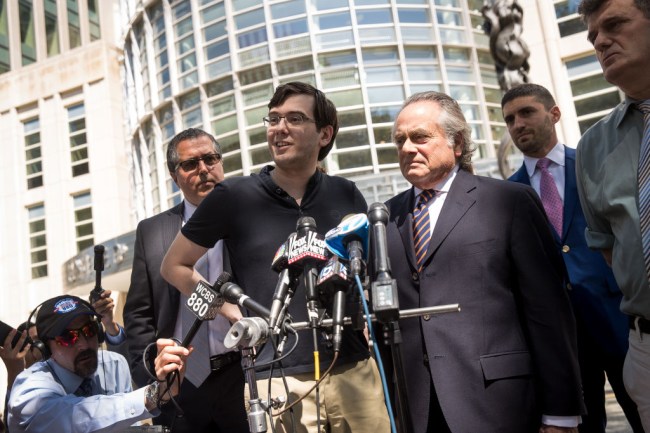 The pharma bro, currently serving 7 years behind bars, is apparently running his pharmaceutical empire from the cell block with the use of a contraband cell phone. Shkreli who continues to Tweet and blog from “inside” is living that Henry Hill life in the clink with the finger on the pulse of his Phoenixus AG (formerly Turing Pharma) … even firing the interim CEO recently.

Inmate 87850-053 is fending off corporate raiders and shareholders who are clamoring for Shkreli’s ownership stake in an attempt to sell the company. But alas the most hated man in America perseveres, pursuing new drugs in the pipeline and seeking a massive $3.7B valuation by the time he’s a free man.

In fact, he often spends his time reading pharmaceutical research and discovering what drugs he can develop to price gouge the public next.

Welcome to the good life

But those aren’t even the most shocking revelations in the WSJ’s expose on Shkreli’s time spent trying not to drop the soap.

YOU DOWN WITH ECB?

ECB President Mario Draghi (because if anyone knows how to run an economy, it’s an Italian) and the European Central Bank have decided on a major policy reversal to light a little fire under the cooling European economy.

In an effort to keep inflation levels near a 2% target, the ECB announced that it will hold interest rate levels below zero until the end of 2019 even though it had previously intended to raise rates during the year. The “Bank” will also provide cheap rates to commercial banks to offer lower cost financing to the public, via a program called TLTRO-III, starting in September.

Why did they do this?

In December, the ECB cut its forecast for GDP growth from 1.7% to 1.1% and lowered its inflation projection from 1.6% (which is not quite 2%) to 1.2% (which is DEFINITELY not 2%). That GDP growth projection was further lowered to 1% by the Organization for Economic Cooperation and Development on Wednesday.

Draghi has cited geopolitical uncertainty and protectionism as reasons for the economic woes. The Euro sunk to it’s lowest level since June 2017 on the announcement.

AirBnb is buying HotelTonight, a company that focuses on helping customers book last-minute trips and activities. Think Priceline for tonight … sans William Shatner. No financial details of the deal were disclosed, but HotelTonight is estimated to be worth $463M in private markets.

The move is part of Airbnb’s initiative to diversify its business line and compete with more traditional hotel companies ahead of its imminent IPO. This oughta help justify that $31B valuation. Recently, the most hated company in NYC dabbled with some boutique hotels but the HT (cool if we call you that?) deal should widen its reach amongst the bigger players.

Airbnb has seen same day bookings double as customers use it more frequently for last-minute getaways. Apparently, there’s no place like (other people’s) home. Meanwhile HotelTonight’s CEO, Sam Shank is excited to get his hands on Airbnb’s Luxury relationships.

All-in-all these two companies are hoping the merger allows them to pool resources and provide guests with an end-to-end experience that mirrors that of regular hotels.