ELEPHANT IN THE ROOM 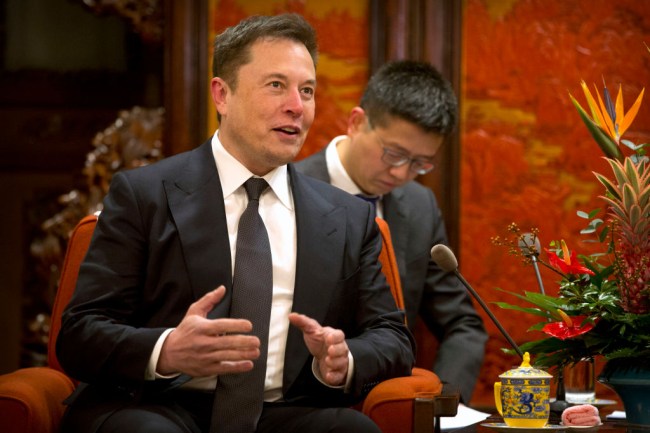 Elon “Tusk” is what some in the business would call “totally f*cked.” Although it doesn’t come as much of a surprise that Tesla’s stock didn’t hit the price threshold that would allow the company to exchange $920M worth of company debt for stock instead of straight cash homie.

With TSLA shares down more than 10% this year, Musk has a better chance of scoring an invite to the SEC Holiday Party than he did of reaching the volume-weighted average stock price of $359.87 for the 20-day trading period that began January 29. Tesla’s share price average finished at $306.91 over the span.

Well, technically bondholders still have the choice of converting their debt to equity … at a lesser value than the cash payout. Econ 101 would suggest that market participants should, to quote The Steve Miller Band, “take the money and run.” But alas, Elon’s ride or dies aren’t exactly “most market participants.”

With $3.7B of cash on hand, Tesla seems prepared to absorb the blow. Of course, if this was the only concern for the brand a blow to the balance sheet might be more easily absorbed. But it isn’t, and it won’t be.

Let’s point fingers, shall we

Not all of the blame falls on Elon Musk … just most of it. The manic man-child went all loose cannon on Twitter last week and the SEC took notice, threatening to hold Elon in contempt for breaching a pact he made with the Commission to review all aforementioned boneheaded tweets with legal. Musk has until March 11th to provide a (attorney reviewed) response.

Thus far he has only thrown shade via a Twitter tirade aimed at the SEC. And possibly in some socially inept attempt at humor or as a way to impress an indie recording artist, “Elongated Muskrat” changed his Twitter profile name to Elon Tusk.

And lest we forget Elon’s more tangential f*ck ups which have plagued the Nio competitor. Like the resignations of the company’s CFO and chief legal officer in quick succession and the loss of a coveted Consumer Report’s recommendation for the Model 3.

The good news? Musk has hinted at a major announcement slated for today. Tesla fan boys are getting their panties in a bunch about a possible Model Y announcement.

Wells Fargo has a fund set aside for its legal defense, and apparently, it’s not nearly big enough. As preliminary settlement discussions with the SEC and DOJ heat up, Wells has revised the amount set aside for legal reserves … to $2.7B, a $500M increase from its 2018 estimates.

Wells Fargo has already paid out over $4B in settlements and fines related to its recent scandals. The firm was accused of opening a sh*t ton of accounts in customers’ names without their consent among other sketchy practices. Probes into those accusations have been filed by the Consumer Financial Protection Bureau, Office of the Comptroller of the Currency, LA City attorney, and NY Attorney General.

CEO Tim Sloan. who has been with the firm for over 30 years, is still set to appear in front of the House Financial Services Committee, while Senator Elizabeth Warren has been calling for him to step down. According to Wells Fargo, in the meantime, they have reformed pay practices, reorganized units, and replaced directors.

The company also rebranded, presumably in hopes that no one would notice they are still Wells Fargo.

21st Century Fox didn’t have the kind of hump day it had hoped for. Following arbitration, the company found out that it is on the hook for $179M in damages payable to actors, producers, and other members of the TV Series, Bones.

The made-for-TV-drama began in 2015 when Nick Lachey look-a-like David Boreanaz and Emily Deschanel (the show’s protagonists) filed lawsuits, along with two executive producers claiming that Fox had underpaid them as part of a syndication profit-sharing deal thanks to “creative accounting.”

In total, the arbitrator ordered Fox to pay $50M in actual damages and $128M in punitive damages to the various parties.

According to the arbitrator’s report, the media conglomerate struck deals to air the show on its sister network, Fox, as well as Hulu, both of which weren’t a part of the original agreement. Further, Fox struck a sweetheart deal with Hulu to negatively impact profits and in turn pay the talent a lesser amount.

Fox is calling bullsh*t on the outcome and plans to appeal the ruling.