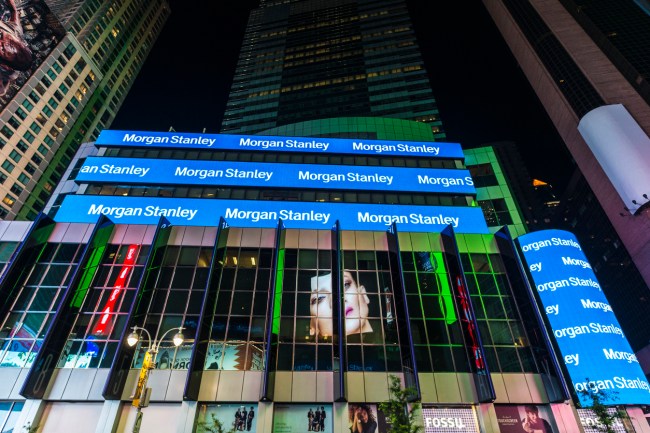 This is what happens when Kenneth from compliance gets a seat at the table.

Morgan Stanley is planning the most vanilla acquisition of 2019 with its $900M purchase of Solium, a Canadian based corporate stock manager.

Solium focuses on managing rank-and-file employee stock options, for some 3k employers with over 1M shareholders. The company’s bread-and-butter is startups. Its client list includes Stripe and Instacart.

So what’s the play here?

Welp, in Morgan Stanley’s eyes $900M is a small price to pay for a slew of Solium clients who could very well be sitting on boatloads of “internet money” should their respective startup IPO. MS is playing the long game, aiming to wring every dime out of its new clients.

Morgan Stanley’s wealth management arm manages some $2.3T and CEO James Gorman sees an opportunity to add to its colossal haul. Plus MS currently only dabbles in the exec stock-plan business so this doubles as a diversification play.

Ok, maybe you don’t. There’s a new-ish name in the driverless car game, and it just scored a $940M investment from SoftBank’s Vision Fund. The autonomous auto-maker, Nuro, is now valued at $2.7B.

Softbank’s investment in the not-so-under-the-radar-anymore manufacturer comes just a week after Aurora Innovation Inc. raised $530M from Amazon and others.

Nuro plans to use Masa’s money to ramp up its fleet, attract new partners, and expand its workforce. The new funds will also help fund Nuro’s trucking and inter-metro (whatever the f*ck that actually is) delivery partner, Ike. Ahh, diversification.

Another government shutdown looms over the United States after discussions over DJT’s wall disintegrated over the weekend. Negotiations picked back up on Monday, and a deal was reached in “principle” but one major barrier remains: securing the President’s John Hancock.

Can’t we all just get along?

Detention of immigrants and funding for “a high thick masonry structure forming a long rampart or an enclosure chiefly for defense” remain the key disagreements between GOP and Democrat decision-makers on Capitol Hill.

While The Donald says that the decision rests on Democrats shoulders, the Dems feel that there should be fewer detention centers along our southern border. Another point of contention includes the resources used to man those centers, which includes 40,520 detention beds, 10K short of the number GOP lawmakers would like to see.

Should Donny Politics choose not to take action Friday (or if the entire deal falls apart), another partial government shutdown begins on Saturday at 12:01 AM. The most recent shutdown lasted a total of 35 days making it the longest in US history.