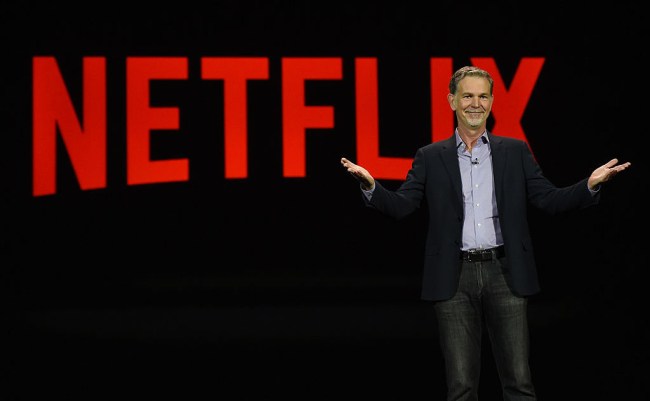 When I was growing up, one of my favorite weekly traditions was hitting up Blockbuster (almost R.I.P.) on a Friday night and browsing the aisles while trying to convince my parents I was mature enough to watch a PG-13 movie.

However, there were more than a few downsides to renting from Blockbuster, the most notable of which was the ridiculous fees you had to deal with if you didn’t return one of the 17 Ernest films in a timely manner.

In the 90s, a man named Reed Hastings found himself at the receiving end of a de facto fine after he racked up enough late charges to buy multiple copies of the movie he rented:

“I had a big late fee for Apollo 13. It was six weeks late and I owed the video store $40. I had misplaced the cassette. It was all my fault.

I didn’t want to tell my wife about it. And I said to myself, ‘I’m going to compromise the integrity of my marriage over a late fee?’

Later, on my way to the gym, I realized they had a much better business model. You could pay $30 or $40 a month and work out as little or as much as you wanted.”

Hastings would go on to found Netflix in 1997 and get his sweet, sweet revenge by eventually driving Blockbuster out of business.

Last year, Netflix did close to $12 billion in revenue in an increasingly competitive market so I think it’s safe to say the company is doing something right.

It’s impossible to build an empire like Hastings has without being surrounded by a solid team, and according to The Wall Street Journal, he has a special strategy he uses to ensure the company only employs the best people.

The CEO has instituted a “keeper test” when evaluating workers that boils down to one simple question:

“If one of the members of the team was thinking of leaving for another firm, would the manager try hard to keep them from leaving?”

The article says Hasting uses the test to take emotions out of the equation but it may also have a negative impact on morale, as some managers claimed they sometimes feel forced to fire people who fail it.

I think I’d rather work for Jeff Bezos.