If Either Of These Red Flags Describe Your Current Job, You Need To Quit Immediately 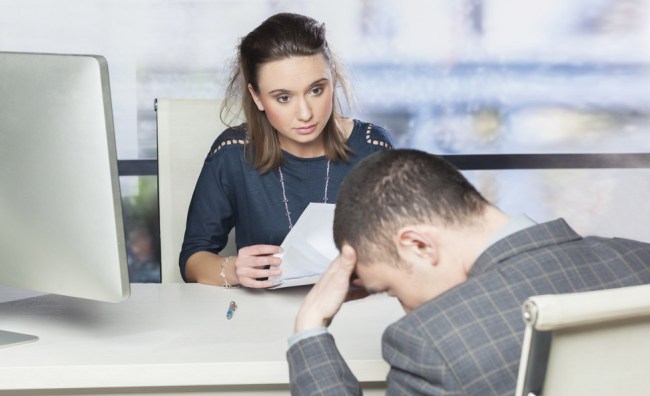 For the first decade after college, I made the same mistake every time I searched for new employment opportunities. In my eagerness to get out of my old job, I made quick decisions about the new job and likely ignore massive red flags. This naturally led to unhappiness in the new position and the cycle continued.

Unfortunately, red flags don’t change color over time, and eventually, more issues spring up during the first few months on the job.

Liz Ryan, a former Fortune 500 senior vice president turned columnist for Forbes, discusses those red flags and more in a recent piece for the website. She highlights the 10 unmistakable signs you took the wrong job and many of her points are likely to hit close to home, especially if you find yourself ready to bail on a relatively new role.

A few of the negative signs include coworkers not being that excited to meet you and generally never seeming happy at all, there’s zero information available about your benefits, and no one appears in a rush to get you logged into the computer systems or even get a computer. Other telltale signs of a negative work environment include the company feels more like a prison or school than a place of business inhabited by free-thinking adults.

The two biggest red flags, in my estimation, begin and end with your new boss. If either of these statements is true, start sending out your resume immediately.

Red Flag #1: “Your manager was so nice to you during the interview process, but now that you’re on the payroll your boss has no time for you. When you ask them a question, they shoo you away. They tell you to figure it out or ask another employee. You feel abandoned.”

Red Flag #2: “You start the job and realize to your horror and dismay that almost everything they told you about the job was a lie or an exaggeration. The exciting projects they talked about are not real. Your job description is not clear. The work you will be doing is not especially important. They don’t value it, or you. They told you whatever they needed to tell you, to get you in the door.”

If your boss is a jerk, he or she will always be a jerk, and there are different ways to be a jerk. One of them is to make life at work absolute hell, and the other is to lie about the job. He or she is probably lying because the jerk scared away every other employee. If either of these scenarios sounds familiar, start job hunting again.

As Ryan points out in her piece, “recruiters and hiring managers are accustomed to job seekers spending less than a year at any one job” so bailing shouldn’t be that big of a deal. If the company is as bad as it seems, you’re not the first or last employee that went running for the door.