‘Shark Tank’ Investors Passed On This Company, Now They Raised $20 Million And Have A Deal With Dave & Buster’s 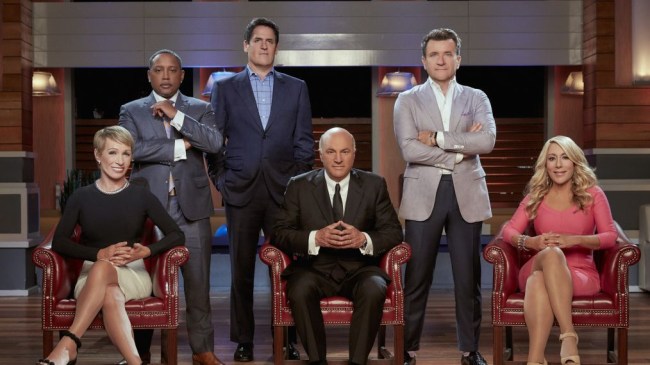 This August marks 10 years since Shark Tank has been on the air. The talented and charming investors have had some great successes with some innovative companies. However, the Sharks have also whiffed on companies that have gone on to be financial windfalls. One of Shark Tank‘s biggest mistakes is passing up on Virtuix Omni, which recently inked a deal with Dave & Buster’s and raised $20 million in funding.

In 2013, Jan Goetgeluk appeared on Shark Tank to pitch his very unique and exciting company Virtuix Omni. Goetgeluk’s company produces an omnidirectional treadmill that pairs with VR gaming so that gamers could have unlimited space to maneuver as they play in a virtual world. Players can turn 360-degrees, run, jump and never fall or collide with other gamers.

Goetgeluk quit his investment banking job to develop Virtuix Omni and made a $200,000 personal investment to develop a prototype. Goetgeluk asked the Shark Tank investors for $2 million in exchange for a 10% stake in his virtual reality gaming company. All of the Sharks passed on the VR gaming system.

Barbara Corcoran said the size of the platform was too bulky. Kevin O’Leary said the product was way overpriced. Goetgeluk agreed with Mr. Wonderful and said: “We overestimated our value at that time, while the Sharks correctly assessed the early stage of our business and the risks and perils ahead of us.”

Mark Cuban, who passed on the endeavor at the time of the episode, invested in the company in a financing round that happened a year after the show.

Fast forward to the present and Virtuix Omni has sold more than 3,000 Omni motion platforms all over the world. Virtuix Omni touts itself as “the leading and most popular VR platform on the market” and is definitely a force in the growing eSports industry and offer Omni Arenas for multiple players.

“Today we are a company with 30 employees and offices in both the U.S. and China,” Goetgeluk told CNBC. “We raised over $20 million from investors since the show and shipped nearly $10 million worth of product. We recently launched our product at Dave & Buster’s.”

Goetgeluk has no sour grapes about appearing on the investment TV show and said: “My Shark Tank experience was excellent. Although we didn’t do a deal on the show, the exposure was invaluable. Still today, we meet customers who claim that they saw this on Shark Tank.

RELATED: Chris Gronkowski’s ‘Shark Tank’ Product Has Such Great Sales He’ll Have To Hire His Retired Brother Gronk To Help

Goetgeluk gave some advice to aspiring entrepreneurs who appear on Shark Tank. “Don’t get hung up on valuation. Startups cease to exist for only one reason: they run out of money,” the founder of Virtuix Omni said. “Raise as much money as you can.”

“If a shark offers a deal, take the money. You will not fail by raising too much money or by doing a deal with a Shark. You may certainly fail by not doing so.”

As much as a missed opportunity Virtuix Omni was for the Sharks, it comes nowhere near Shark Tank‘s biggest fail — the Ring video doorbell. Jamie Siminoff also appeared on Shark Tank in 2013 and pitched his video doorbell company, which was called Doorbot at the time.

Siminoff was rejected by Daymond John, Lori Greiner, and Mark Cuban. Then with no competition, Kevin O’Leary put in a very weak offer that Siminoff wisely rejected. One investor who didn’t sleep on Ring was Sir Richard Branson, who has a net worth of $5 billion.

In February of 2018, Ring Inc. was purchased by Amazon for as much as $1.8 billion. Ring now has 1,300 employees and their Wi-Fi-enabled video doorbells are sold in 16,000 stores as well as on Amazon.

RELATED: ‘Shark Tank’ Pitch By Kids Of Hero 9/11 Firefighter Who Died Of Cancer Leaves Not One Dry Eye In The Room