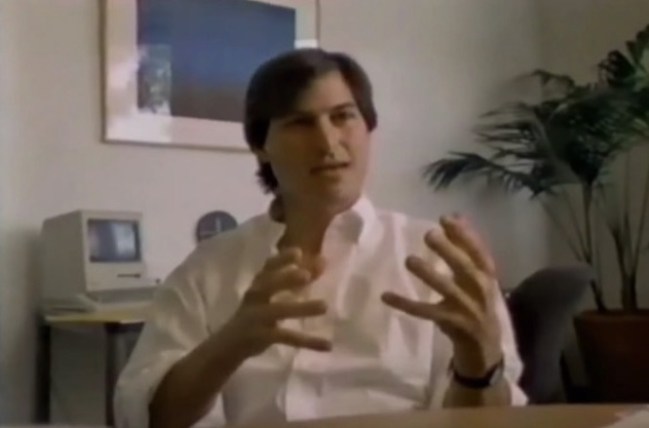 Steve Jobs was a visionary and there’s absolutely no disputing that. He was one of the most successful CEOs in world history, and the man credited with turning Apple into the company it is today.

When you have one of these revolutionary CEOs like Bill Gates, Jeff Bezos, or Steve Jobs then everyone loves to dissect every aspect of their lives and careers. This unearthed footage below shows a young Steve Jobs talking about the one quality that he looked for in all new hires at Apple. It is pretty fascinating to see the young CEO speak so energetically about, well, energy.

That personality characteristic that Steve Jobs was always looking for in prospective hires wasn’t just enthusiasm. It was “having a vision, being able to articulate that so people around you can understand it, and getting a consensus on a common vision.” (via Business Insider).

So that’s the quality that Steve Jobs looked for in every new hire but the thing I love the most about this video is what he discusses at the opening. Jobs says that ‘the greatest people are self-managing. Once they know what to do they’ll figure out how to go do it’. This is the most truthful statement I’ve ever heard in business. If you have an employee who knows their role, knows the direction the company is headed, and they know how to achieve those goals then you don’t have to spend any time whatsoever managing that employee. That’s why Steve was so big on hiring people who could clearly articulate their vision. This way self-motivated employees could take that vision and bring the company forward. Pretty remarkable stuff, and it’s no accident that Apple’s been so successful by following this path.