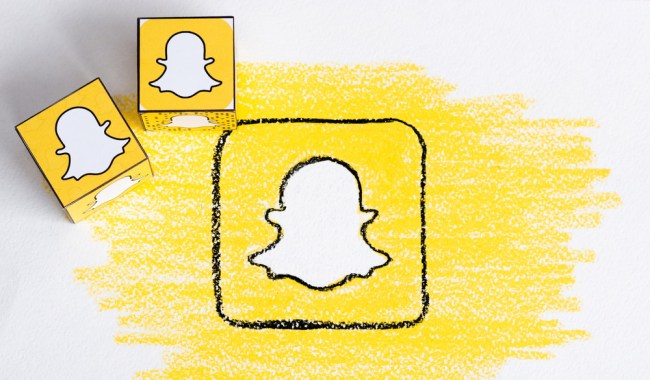 Sooo…how much money did you make as a teenager? Did you have a paper route? Maybe you had a job someplace like McDonald’s or Wendy’s? Or did you just depend on your parents for an allowance?

Now then, how much money do you now make as an adult? Are you happy with your income? Are you killing yourself to make ends meet?

If so, you’re really going to hate this story.

That’s because there is a better than average chance that there are teens out there, even as young as 13, making significantly more money than you do. And the kicker is, they’re doing it by using Snapchat, of all things.

Using Snapchat-focused product Fanbytes, popular users of the platform are getting connected with brands like Universal and Charlotte Tilbury to collaborate on advertising videos targeting people under the age of 21.

Co-founder Timothy Armoo said the service has worked on over 300 campaigns with its 1,000 influencers who attract between 10,000 and one million views per Snap.

“Last month, our highest earner was a 17-year-old kid who got $7,000 through delivering ads in our network,” he told Adweek. “The average person is making around $2,000 a month.”

Each influencer is given a “Fanbytes Score,” which helps determine how much cash they will receive from the advertising — those with up to 25,000 followers can expect to earn around $1,500 per month, while those with 150,000 plus receive upwards of $6,500.

Many of the people who have succeeded using Snapchat already had a following…on YouTube.

One such example of that is 20-year-old Drew Gilchrist, AKA @DrewIsSharing. Yeah, this guy…

Add my snapchat yeah? It's DrewIsSharing. You'll get pictures like this ^_^ pic.twitter.com/mIWriA4ccC

According to the Post, his “content is largely focused on weed, with his controversial videos offering advice on things like how to get drugs and roll joints.”

Welp, I guess there’s really only one thing I can say about all of this…