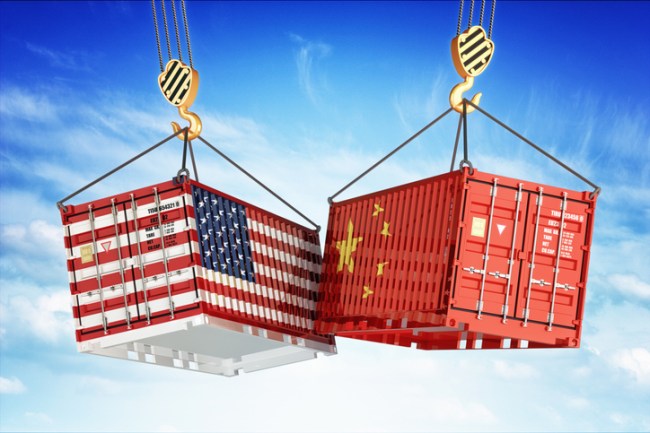 Donny “The Tariff Man” Politics didn’t even give his Argentinian goat cheese time to digest before he threw an economic wrench into the spokes of the tentative trade truce discussed at the G-20 with Chinese President Xi Jinping.

In a head scratching series of tweets the President called himself a “Tariff Man” and indicated that he’d be happy to keep tariffs in place should talks fail between the two countries. Of course he also added that he would be open to extending the truce should the need arise. Wait, what?

In addition to the confusion, cracks are already beginning to form in the foundation of the latest trade discussions. It’s probably no coincidence that Washington and Beijing didn’t issue a joint statement after the meet-n-greet on Saturday. Both countries have very different versions of the dinner’s “outcome.” In fact, China still won’t even confirm the 90-day timeline reported by the White House.

And of course China has yet to acknowledge Trump’s announcement on Sunday that “China has agreed to reduce and remove [40%] tariffs on cars coming into China from the U.S.”

Coupled with a bond market that is pointing to an economic downturn, the uncertainty of a trade agreement (or truce for that matter) sent markets spiraling, with the Dow down nearly 800 points.

Q: Has your personal information been hacked and potentially compromised? A: If you’ve registered with Quora, probably yes. The popular Q&A site informed 100M of its users that their accounts have been compromised.

Fortunately, the site doesn’t collect financial information, but customers should still change their PW. The breached data includes names, email addresses, data from linked accounts, passwords, direct messages … and a laundry list of all the stupid sh*t you’ve ever pondered.

In case you were wondering … for a friend, anonymous questions and answers were not affected.

According to the social platform (because apparently that’s what it is), a “malicious third-party” (read: likely a 12-year-old North Korean) was the culprit. In compliance with GDPR guidelines, the Yahoo Answers for intelligent people flagged the incident within 72 hours thus ensuring it would not be subject to a fine as large as 4% of total revenue.

Quora isn’t taking this situation lightly, a la, Equifax. The company is in the process of identifying all of those affected, and has invalidated passwords “out of an abundance of caution.” Ahh, I love the smell of legal jargon in the AM.

Water Cooler Talking Point: “The real question: why are some 300M people asking strangers questions on the internet?”

Thomson Reuters is reporting that … Thomson Reuters will cut up to 12% of its work force by 2020 as it aims to focus on its legal and tax business. You know, the really thrilling stuff. The decision will affect 3.2k jobs globally, and comes as the company makes a concerted effort to cut costs.

With the successful sale of 55% of its Financial and Risk unit to the Blackstone Group for $20B, Reuters is seeking to cut its capital expenditures by 3% over the next few years. The company will also be closing 55 of its offices as a part of the cost-saving plan.

Water Cooler Talking Point: “Learning about losing your job from an article that you had to write has to sting just a little bit more than usual.”