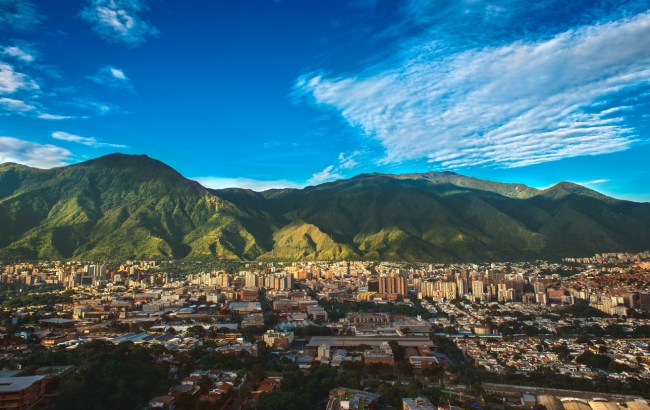 Say what you will about the current state of the US, but let’s be honest, it could be much, much worse. Case in point: Venezuela, where inflation hit 80,000% last year, has been rocked by decades of corruption and incompetence.

And the dysfunction seems to be coming to a head …

I love the smell of a coup at daybreak

The economic collapse of the South American dictatorship has led to civil unrest. And, surprise, surprise, angry mobs have taken to the streets. As of this writing opposition leader, Juan Guaido has “assumed” the powers of the presidency.

Unsurprisingly, the current president, Nicolas Maduro doesn’t recognize Guaido or his party. This oughta end well. Never one to sit on the sidelines, Donny Politics has officially recognized Guaido as El Presidente.

You guys, this is a biz newsletter

Beyond the obvious (Venezuela is a total clusterf*ck) there are a slew of economic consequences tied to the turmoil. The rumblings of insurrection alone have sent Venezuela’s dollar bonds up 25% in 2019, despite most of the country’s debt having fallen into default.

And President Trump has threated to place sanctions on the oil-rich country’s exports should Maduro remain in power. This would include heavy crude. US refiners have been quick to lambaste the idea as Venezuelan black gold is essential to keeping refineries online.

The sanctions threaten to hit Gulf and East Coast refiners where it hurts: the bottom line. However, Trump seems poised to pull the trigger should Maduro not turn over the country’s finances to Guaido.

CAN YOU HEAR ME NOW? GOOD, YOU’RE FIRED.

Verizon is paring down the media group formerly known as Oath, as part of a plan to re-focus the division on things like … actually making money.

The company announced on Wednesday that it would be cutting 7% of its employees, or roughly 800 jobs, following a review by new head K. Guru Gowrappan. Note to self: guys with leading initials are not to be f*cked with.

Oath was created in 2017 and consisted of Yahoo, which Verizon acquired for $4.4B in 2017, and AOL which the not-so-savvy media mogul’s scooped up in 2015 for $4.4B. Luckily (… I guess) for the former employer of the “Can you hear me now?” guy, Yahoo’s purchase price fell significantly given its security issues.

Verizon retired the Oath name at the end of last year, following a $4.6B write-off on the patchwork of dot-com-bubble era brands. Going forward Verizon Media Group will focus on three core pillars: increased spending on B2B products, growing its member-centric ecosystem, and increasing video production. We see you, Yahoo Finance.

And those who survive the cuts but fall outside of one of the aforementioned silos may find themselves working with Verizon’s engineers to help build out services that showcase the company’s shiny new 5G network.

In fact, Hulu seems to be taking the Robinhood (think: men in tights, not investing app) approach: lowering the subscription cost of its most basic and cheapest package and hiking the price of its most expensive option.

This isn’t Hulu’s first rodeo with price meddling, having lowered the price of its basic service in the past. This notion flies in the face of other streaming services (*cough* Netflix *cough*) who have been raising prices thanks to additional channel options and higher original programming costs.

This decision comes just days after Disney, which owns 60% of Hulu, announced that it lost $580M on Hulu last year.