WallStreetBets Waging That Redditors Can Take BlackBerry Stock To The Moon 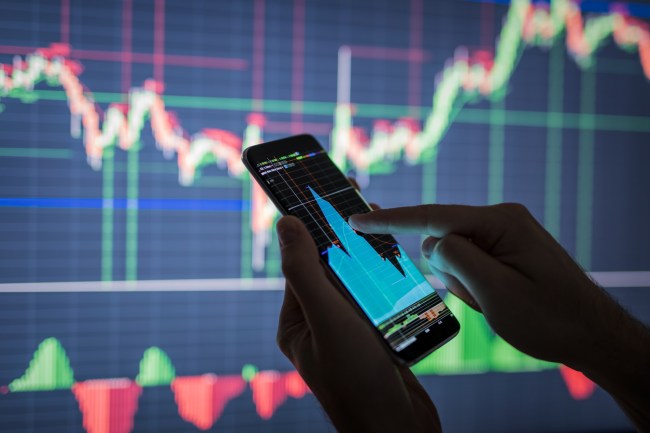 Reddit’s WallStreetBets community has embraced previously dead-in-the-water stocks of GameStop and AMC. The r/WallStreetBets brotherhood has their targets set on a new mostly overlooked stock – BlackBerry. The Wall Street trading group on Reddit believe that they can take tech brand known best for their phones in the 2000s to the moon.

The BlackBerry 5810 smartphone debuted in March 2002 to much fanfare, especially with business people who need to check and respond to work emails. The phone manufacturer continued to build its brand with the BlackBerry Pearl in September 2006. Then the entire smartphone landscape was turned on its head on January 9, 2007, when Steve Jobs introduced the first-generation iPhone.

In 2011, BlackBerry sold nearly 52 million devices, but by the fourth quarter of 2016, BlackBerry had a 0.0 percent market share with approximately 200,000 global device sales, according to Recode.

Despite the company’s disastrous collapse in the smartphone market, BlackBerry has focused on being a cybersecurity and enterprise software. The company’s annual revenues are around $1 billion (down from $20 billion in 2011), but continue to miss revenue and profit expectations from Wall Street.

The WallStreetBets subreddit has BlackBerry on the mind, and the BB stock has been the subject of seven of the 20 most popular posts on r/WallStreetBets, which has over 10 million subscribers.

In December, Amazon partnered with BlackBerry to develop IVY, a “scalable, cloud-connected software platform that will allow automakers to provide a consistent and secure way to read vehicle sensor data, normalize it, and create actionable insights from that data both locally in the vehicle and in the cloud.”

However, some caution that there are red flags about investing in BlackBerry. From Seeking Alpha:

It’s also uncertain whether BlackBerry can realize the full value of their patents in their patent sales. In addition, we do not have enough information to know how large the Facebook settlement would be after BlackBerry agreed on the settlement. Lastly, we need to understand that the global semiconductor shortage which has limited production for EV cars will also indirectly impact the demand for QNX software services. Fewer EV cars being produced means fewer QNX software services being sold.

There are four major investment firms that currently have a “Sell” rating on BlackBerry, and only one suggesting investors to buy.

At the time of publication, BlackBerry stock was hovering around $16 – up 96% in the last month. Will BlackBerry be the latest meme stock that WallStreetBets will try to take to the moon?