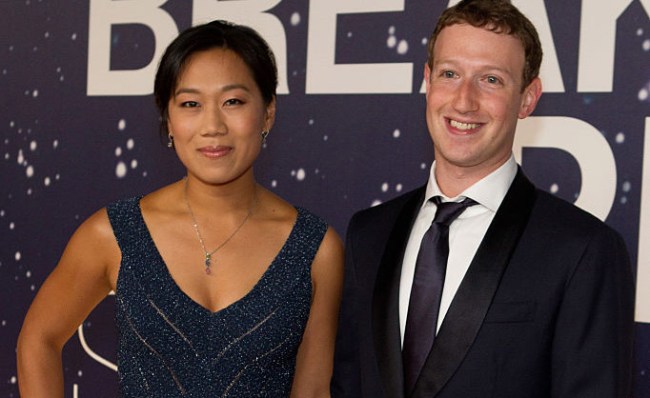 Turns out that little move ended up costing Zuckerberg $3.3 billion in just one day as Facebook’s stock took a dive on Wall Street after the announcement.

That change also resulted in users to spending less time on Facebook. As in 50 MILLION hours PER DAY less, in the fourth quarter of 2017.

So I would like to chalk up the fact that Mark Zuckerberg beginning to sell off his Facebook stock now as merely a coincidence, the conspiracy theorist in me can’t do it.

This week Zuckerberg sold $108.6 million worth of Facebook stock to help fund his and his wife Priscilla Chan’s foundation the Chan Zuckerberg Initiative.

Back in September of 2017 (prior to the news feed changes), he stated very clearly that he would be selling between 35 million and 75 million shares of his Facebook stock between then and March 2019 to fund their foundation.

This is all part of a plan he and his wife have to “give away” 99 percent of their Facebook shares, while still retaining voting control of the company for the next 20 years or more.

Zuckerberg’s philanthropic foundation, the Chan Zuckerberg Initiative, says on its website that it has a “commitment to a better future for our children.”

One has to wonder if that “commitment” means discontinuing the use of shady tactics to get and keep people addicted to using Facebook and/or working with the ex-Google and Facebook employees who have joined forces to stop technology from, as they put it, “hijacking our minds and society.”

“Tech companies are conducting a massive, real-time experiment on our kids, and, at present, no one is really holding them accountable,” said James P. Steyer, CEO and founder of Common Sense. “Their business models often encourage them to do whatever they can to grab attention and data and then to worry about the consequences later, even though those very same consequences may at times hurt the social, emotional, and cognitive development of kids. It’s time to hold tech companies accountable for their efforts designed to target and manipulate young people.”

Tristan Harris, a former Google Design Ethicist and Center for Humane Technology’s Co-Founder & Executive Director, told the New York Times, “The largest supercomputers in the world are inside of two companies—Google and Facebook—and where are we pointing them? We’re pointing them at people’s brains, at children.”

Will any of that be addressed with the billions of dollars worth of Facebook stock Zuckerberg and his wife will be selling to finance their foundation “to build stronger, more equitable communities?” Sure would be nice since he’s basically the one that got this social media ball rolling.