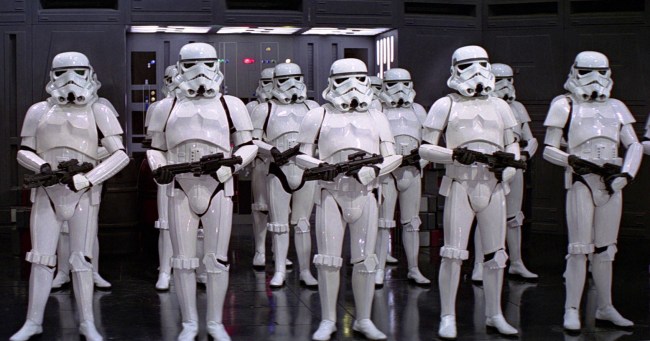 You would think this kind of outrage for perceived Nazi costumes would have happened a long time ago on a continent far, far away, but alas, it’s happening here in the present-day United States of America.

Princeton University’s class of 2012 is having their 5-year reunion in June and they thought it would be a cool idea to have a Star Wars-themed party to celebrate. They even had a punny Star Wars title for their reunion: “Revenge of the Fifth.”

“Show up to the Revenge of the Fifth in style, with a classy plastic bracelet on your arm and a Stormtrooper mask on your face,” the original email that was sent to class members read as reported by the Daily Caller. “Believe us, you’ll regret it if you don’t.” The email added that folks “spent a LOT of time pulling this together.”

Then hysteria from political correctness on steroids took over because apparently people associate Star Wars characters to Nazis.

A second email was sent which said:

“A few of our classmates reached out expressing concerns over our choice to use Stormtroopers as our costume inspiration. We have since been informed of the origin of this word and its connections to early- to mid-20th century Germany.” 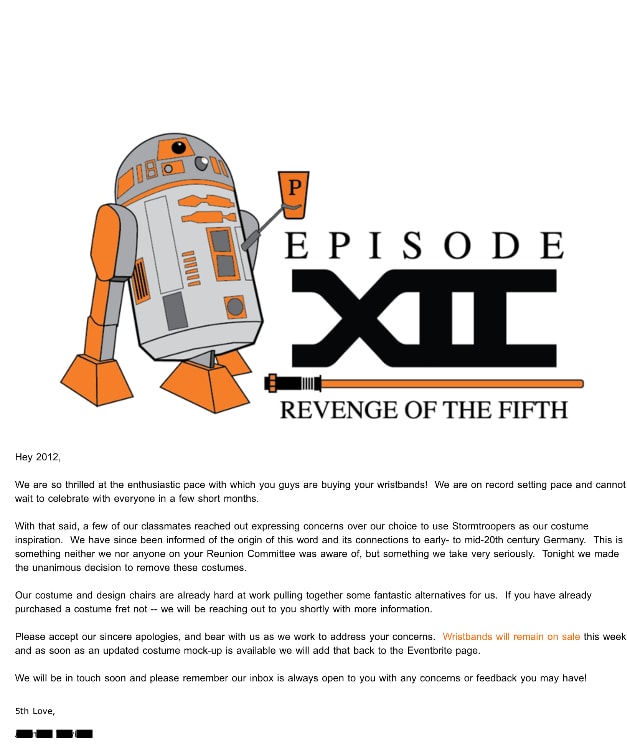 The stupidity is strong with this one.

LOOK AT THESE NAZIS WALKING FREELY AROUND DISNEY!!!

Now, it is true that the Nazi Party did have a paramilitary wing that gave Adolf Hitler and it was called The Sturmabteilung, which translates to Storm Detachment, who were also known as Storm Troopers and Brownshirts.

HOWEVER, the original stormtroopers weren’t even Nazis. They were the Kaiser’s elite German soldiers known as Stoßtruppen or sturmtruppen from World War I. These specially trained infantrymen were armed to the teeth and the shock troops were known for their Blitzkrieg-type ground attack, which typically began with “quick but incredibly violent artillery bombardments on narrow segments of the enemy trenches.”

And the Stormtroopers that the Princeton alumni want to portray has ABSOLUTELY NOTHING TO DO WITH NAZIS!!!

The Stormtroopers from the make-believe science fiction movie are:

They are the bungling Stormtroopers from Star Wars who have shitty accuracy.

To be honest, when I see people dressed up as Stormtroopers I don’t see Nazis. I only see virgins. 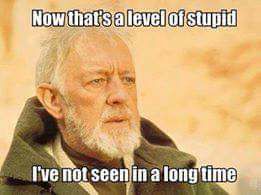