The Tigers (Clemson, Auburn, LSU, And Missouri) Are All Banding Together To Save Actual Tigers In The Wild 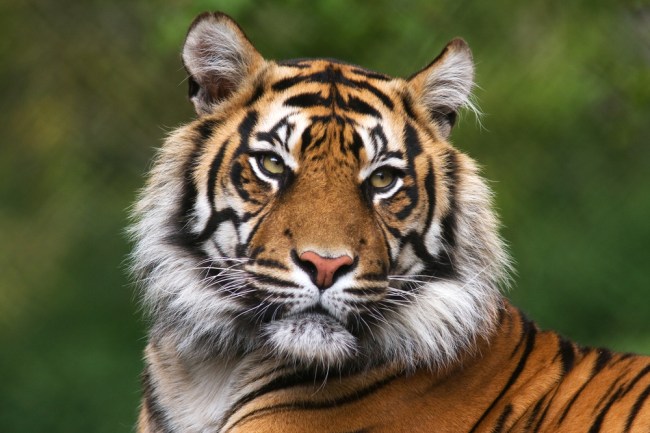 The shared commonality between these schools is taking on a whole new life as these four ‘Tigers’ schools have banded together not to create a new conference in sports, but they’ve created the U.S. Tiger University Consortium. It’s a new consortium that will combine the academic weight of these 4 prestigious universities and use that power to save the lives of actual tigers living in the wild across our globe.

There are multiple subspecies of tigers, all of which are endangered species. Worldwide, there are only an estimated 3,890 tigers living in the wild. The good news is that the population of wild tigers is actually growing for the first time in 100 years.

The U.S. Tiger University Consortium was announced in a press release yesterday which can be seen here on Clemson’s website:

CLEMSON, South Carolina — Clemson University and Auburn University have joined forces to throw the weight of multiple academic disciplines behind efforts to save wild tiger populations worldwide.
The two universities, along with Louisiana State University and the University of Missouri, are leading the efforts of the newly formed U.S. Tiger University Consortium, so named for the mascots the institutions share.
Brett Wright, dean of the Clemson University College of Behavioral, Social and Health Sciences, the dwindling tiger populations are an issue demanding the attention of land-grant institutions such as those belonging to the consortium. For Wright, the issue should also be central to the many who cheer on their preferred teams on game days.
“Students, faculty and alumni chant ‘Go Tigers’ on a daily basis, but not many know the truth about the animal we hold so dear,” Wright said. “These universities share the tiger mascot and benefit from that majestic symbol of strength, dignity and beauty, so they share a moral responsibility to apply all of our resources to save the animal that inspires that symbol.”

Members of the newly formed U.S. Tiger University Consortium as well as members of the Global Tiger Initiative Council will all meet at Clemson University on September 8th and 9th to begin planning out steps to save the global tiger population and boost numbers back to healthy levels.

You can read the full press release here on Clemson’s website. I only included a fraction of the press release in the quotes above, so if you’re interested in this I highly suggest checking it out and learning more about this project between the four universities.