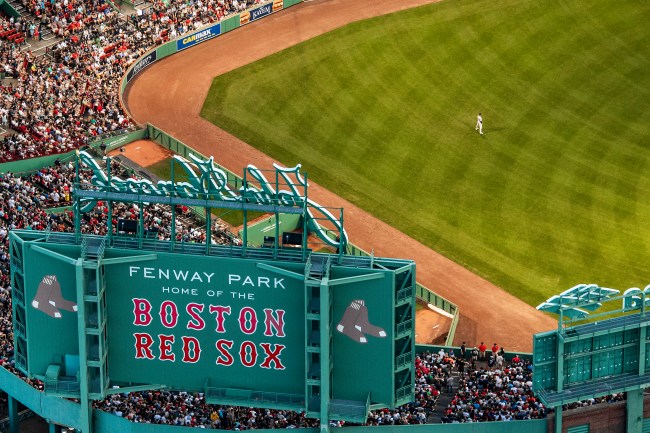 On July 16, 2010 I was arrested and banned for life from Boston’s most cherished landmark, Fenway Park.

I was handcuffed, shirtless and barefoot, in plain view of 37,669 people and tossed in cell in Suffolk County House of Correction with no consideration for my well-being or how much money my father had.

It sounds melodramatic to claim any one experience permanently shifted a worldview, but if there’s a more accurate embodiment of life than basking in the adulation of thousands one moment only to find yourself in concrete cage with your new hallmate appearing to pleasure himself the very next, I haven’t found it.

Before I share the wisdom extracted from that rainy night in July, it’s important to note that before that before I bolted over the third-base barrier and slid face-first onto the L.L. Bean tarp (twice), I hadn’t been the renegade/provocateur/sex symbol that everyone in attendance had come to know me as.

I was one year removed from a college that ought to consider erecting a statue honoring me on the quad, only to be reduced to commuting an hour to a job that every post-grad schlub with a finance degree in the Boston has donated a piece of their soul to: State Street Bank Fund Accountant. I was making a healthy $33,500 annually, which would have been the least in the department if it weren’t for the vending machine.

My social life was no better. It was just Groundhog’s Day, minus the hog. I spent bar nights armed with a closet full of uninspiring J. Crew shirts that oozed “I Have Generational Wealth But No Original Opinions” energy, six-to-eight male friends dressed exactly like me, $63.32 in checking, and 35 minute taxi home to my parents home that would eat up most of it. Turns out, endearing yourself to women can be quite difficult when you sleep in a twin bed and stand for nothing.

Suffice it to say, at that period in time I felt like a passenger in the backseat of my own life, running on E, and driving down a one-way street to nowhere.

Thankfully, all that post-grad unfulfillment festering within me that year manifested in the most exhilarating minute of my life, during the third inning of a rain delay in a trivial regular season Sox game.

(That fella at the end there was the guy who used his season tickets to take my friend and I to the game. After being released from prison, we wrote a 500-word plea to the Red Sox organization not to confiscate my friend’s season tickets, as their policy states. Ten years later, I guess no news is good news.)

Why did I do it? I still can’t answer that. But what I can tell you is what I’ve learned…

I woke up on the morning of the 17th, hardened by prison but softened by possibility, determined to find a talent agent capable enough to handle a star of my caliber. I went down to my parent’s basement and waited by my landline, refreshed my Facebook page, and briefly considered changing my name to Cody and moving to L.A.

The only morsel of press I got was from a rinky-dink regional microblog called Barstool Sports. That’s me there right next to the photo of your wife. 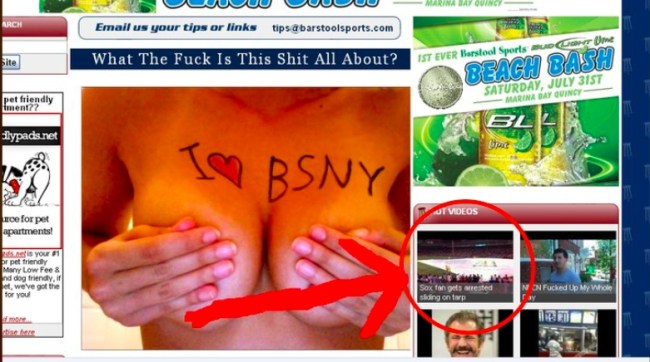 (Some are saying I was the third hottest set of bare knockers on the site that day, but landlords don’t care about clout.)

FITNESS IS KEY TO MENTAL HEALTH.

I don’t know if I just got an extra tight pair or the Boston P.D. viewed me as a flight risk, but the 30 minutes those steel traps ravished my wrists was excruciating. I contemplated asking the officer to loosen them when we got to the station, but I know showing weakness in prison makes showers very stressful.

I dealt with two sets of law enforcement in the immediate aftermath of the incident.

The first were the pair of Fenway Park security guards, who were rightfully pissed for me forcing them to tip-top across a slippery surface as a stadium full of people collectively prayed they’d eat tarp.

They were SO angry that one of them said to me while forcefully ushering me into left field’s Garage For Bad People:

“I HOPE YOU ENJOY YOUR WEEKEND IN PRISON!”

If it wasn’t for my entire body being lit up with euphoria, I would have more seriously contemplated the horror of spending 72 hours in a cage.

When I arrived in the garage that ran parallel to the third base line, I was handed off to a Boston state police officer, an actual cop whose salary is largely contingent on his level of hardass-ery.

I’ll never forget it. He looked at me and said sternly:

“I’m a fund accountant at State Street,” I replied.

Then the officer scoffed and said, “Shit, if I worked that job, I probably wouldn’t mind getting arrested either.”

We shared a laugh before he stuffed me in the cruiser with the care of a step-father.

Your girlfriend’s tapestry above the toilet was right all along.

But at least I got a good story.