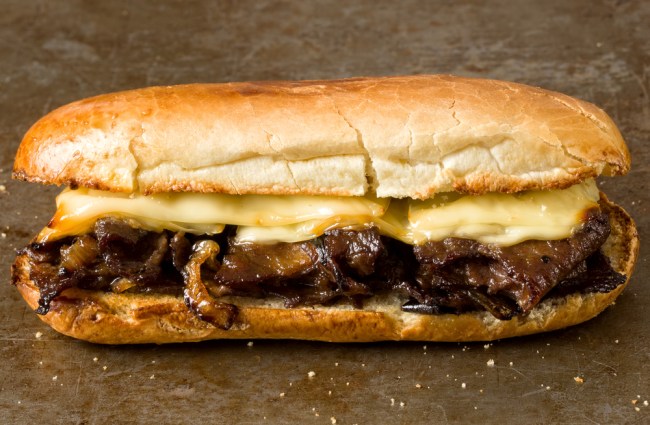 Besides cream cheese that isn’t even made in Pennsylvania, there isn’t an item that’s more associated with the City of Brotherly(ish) Love than the Philadelphia cheesesteak sandwich, a name I just used in order to piss off people from around Philly who would likely throw me through the window of a WaWa for making such a grave mistake.

However, in a move that stands to piss off dedicated cheesesteak fans everywhere, Philadelphia’s Barclay Restaurant has harnessed the magical powers of waygu ribeye to help explain the price tag of a $120 sandwich. Although I’ve seen it featured before it, it recently came back into the spotlight after the dish was covered by CNBC.

The amount is also upped thanks to the inclusion of foie gras mousse and truffle butter. It also includes Caciotta al Tartufo cheese, and each order includes half a bottle of champagne.

I’m just going to assume that all of the sesame seeds on the bun are carefully placed there one-by-one by someone before each dish is sent out.