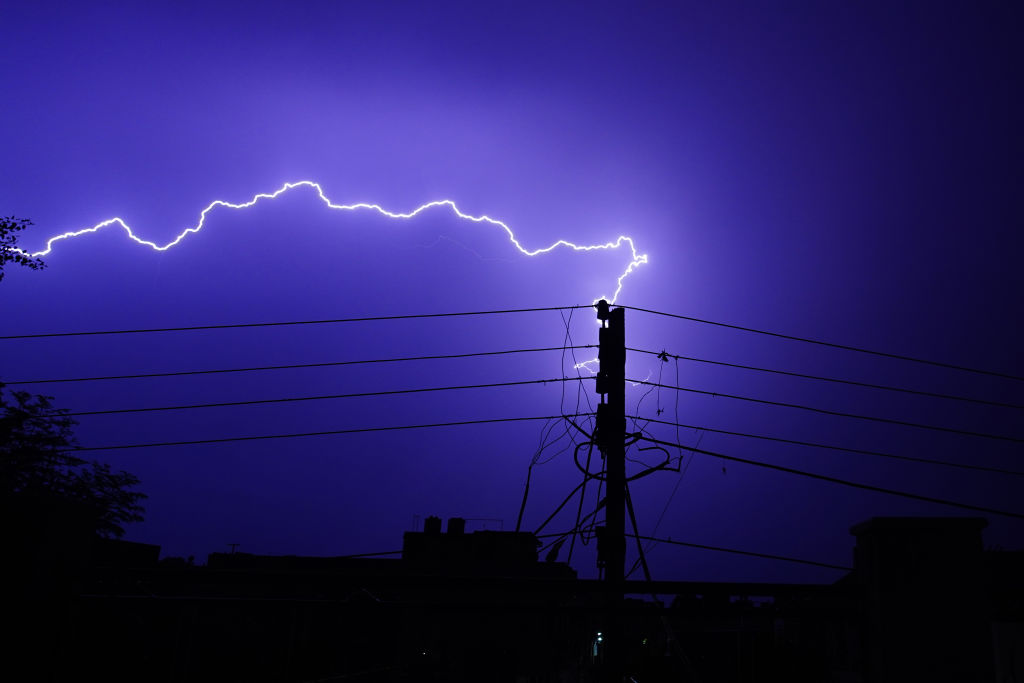 There are around 2,000 people killed each year from lightning strikes across the globe (49 in the USA). For comparison’s sake, there are about 6 shark attack deaths per year. Deaths by lightning strike aren’t extremely rare in India, but an incident like what happened this week is unprecedented.

18 Deaths were recorded on Sunday when lightning struck the 12th-century Amer Fort, a popular watchtower where tourists flock for selfies. It’s a spot that is frequented by young people who are chasing clout on social media and authorities later reported that most of the deaths from this lightning strike were younger people.

An additional 40+ people died in other parts of the Indian state of Uttar Pradesh on Sunday during the intense storms but the fact that 18 died at a ‘selfie spot’ is what makes this so bizarre.

"With the help of locals, we rescued around 29 people from the Amer Fort area after lightning struck them. They were taken to the hospital. Of these, 16 people have died": Anand Srivastava, Police Commissioner, Jaipur, #Rajasthan

#Lightning Strike Kills 38 People in Several Districts of #UttarPradesh Over Past 24 Hourshttps://t.co/jLBfNTH5wd

There was a report last year that tracked ‘selfie-related deaths’ from 2011 to 2017 and it found those deaths were on the rise. People are literally out there dying for the clout.

That report from Case24 also found that 41% of the 2,023 people they surveyed had risked their personal safety for a selfie or social media-related picture. And from 2011 to 2017, 259 people died worldwide in selfie-related incidents. Compare that to an average of 6 fatal shark attacks a year…

Take a look at the lightning-linked deaths in India. pic.twitter.com/7j812W7cVq

Chief Minister Ashok Gehlot has condoled the deaths and announced an ex gratia of ₹5 lakh to the families of the deceased.

This is entirely anecdotal and completely random even in my own life, but I’ve come closer to lightning strikes in the past three weeks than I have in the 15 years. There has been something about the afternoon thunderstorms in Florida lately that has brought strikes incredibly close to my house and it’s been pretty unnerving at times.

I think it goes without saying, but if you see lightning you should seek cover indoors. Don’t seek cover under trees and stay away from metal. You cannot predict where the next strike is going to land, just be safe out there.