5 Of The Weirdest Costumes For Halloween 2019 Including Sexy Mr. Rogers And Sexy Bob Ross Costumes 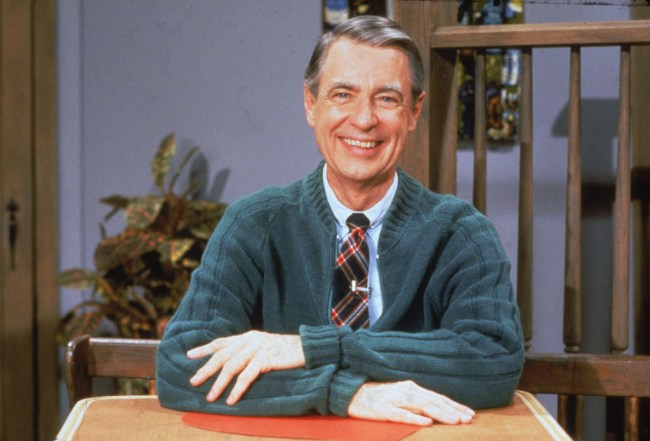 What are you planning to be for Halloween 2019? Maybe John Wick or Cliff Booth from Once Upon a Time in Hollywood or Arthur Fleck from the new Joker movie? Those are pretty safe Halloween costume ideas. But there are five Halloween costumes for 2019 that are absolute head-scratchers.

Yandy is a lingerie and Halloween costume company that is not afraid to sexualize anything. Previous years they offered sexy costumes inspired by The Handmaid’s Tale (Which they eventually pulled for being too controversial) and a sexy Yoshi costume.

But this is a new year and you need even more ponderous sexy costumes of things that really aren’t sexy whatsoever. For Halloween 2019, Yandy definitely did not disappoint.

Someone at Yandy must have been watching reruns from PBS programming from decades ago for this year’s Halloween costume ideas. First, there is the “Nicest Neighbor” costume, which is a sexy Mr. Rogers costume. Yes, THAT Mister Rogers who was the host of the children’s education program Mister Rogers’ Neighborhood. My neighbors don’t look like this.

I don’t recall Mr. Rogers having a cameltoe.

Another Public Broadcasting Service personality turned into a sexy Halloween costume was Bob Ross. The “Happy Tree Painter” costume is really something, afro, squirrel and all.

Bob Ross would say: “There are no mistakes, just happy accidents.” Bob Ross was f*cking wrong because this costume was a mistake.

Since meatless hamburgers are so hot right now, there is a “Beyond Burger” costume. If we’re being honest, it’s just a burger costume that they probably had laying around for years and added the “Plant-Based” hat thingy.

Yandy representative Chris Turk told Business Insider that they came up with the idea for the sexy Beyond Burger costume from watching stock market advisor and TV host Jim Cramer from Mad Money.

“We have quite a few vegetarians in the office, so the thought around plant-based costumes was definitely part of our Halloween discussions this year,” Turk said. “One of our merchandising managers watches Jim Kramer [sic] every night on CNBC and apparently he is obsessed with Beyond Meat, so it really stuck in her mind.”

Sticking on the food theme, there is also a “Tater Thot” Halloween costume for some reason. Are those from Idaho?

Finally, there is a President Trump-inspired Halloween costume because it wouldn’t be 2019 unless there was something obsessing over the President. Introducing the “Sexy Tariff” Halloween costume. This is a reference to President Trump’s economic policy of imposing tariffs on imports from China to reduce the United State’s trade deficit. It should be noted that this Yandy costume was made in the USA, and no tariffs were imposed on it.

Now we need a sexy William McKinley costume that comes with protective tariffs.