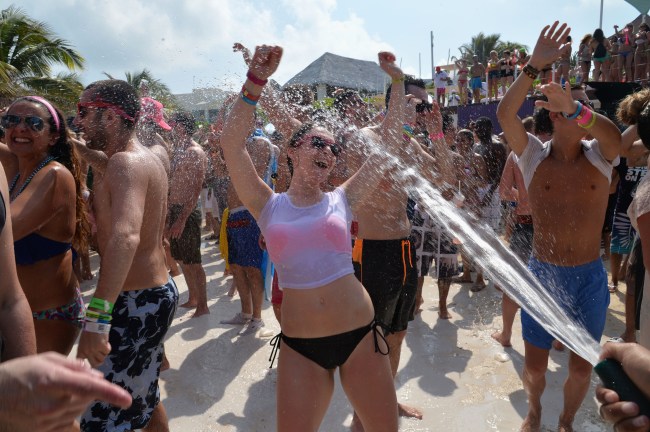 A group about 70 people in their 20s took a chartered flight from Austin to Cabo San Lucas a week and a half ago despite recent warnings against unnecessary international travel from the government.

According to officials, about 70 people in their 20s got on a chartered plane for a spring break trip about a week and a half ago. Although they were not under a travel advisory at the time, people are still asked to limit travel to essential needs.

All 28 who tested positive go to school at UT Austin according to health officials.

UT Austin said all 28 who tested positive are students at the school, but could not confirm whether the entire group was students. The city and university contacted every spring breaker who went on the chartered plane after receiving the flight manifest from the Centers for Disease Control and Prevention and are closely monitoring them. UT Austin, which has moved classes online amid the pandemic, told NBC News in a statement that the incident is a “reminder of the vital importance” of heeding public health warnings.

The trip was reportedly put together by a travel agency called Juscollege who told the spring breakers before the trip that their refund policy wasn’t going to change because they had recently made several trips to Cabo with no issues.

NEW: The @UTAustin students who traveled to Cabo, 28 of whom have tested positive for #coronavirus, were part of a @JusCollege trip. This is an email the company sent to travelers on March 3, 11 days before students left #Austin. I’ve reached out to the company. pic.twitter.com/6oefcduoVW

The group was part of a JusCollege trip. In an email sent to travelers before the trip, JusCollege said Mexico had far fewer cases of COVID-19 than the U.S.

“We believe that our travel destinations remain among the safest and most enjoyable places in the world to visit right now,” the email from JusCollege said.

In another email just before the scheduled trip, JusCollege told travelers its refund policy would not change “as we have already incurred significant costs related to the trip.”

“We hope that you choose to enjoy your Spring Break with us – we’re currently in our second week of Cabo and have had almost 5,000 travelers, all with no issues,” JusCollege said.