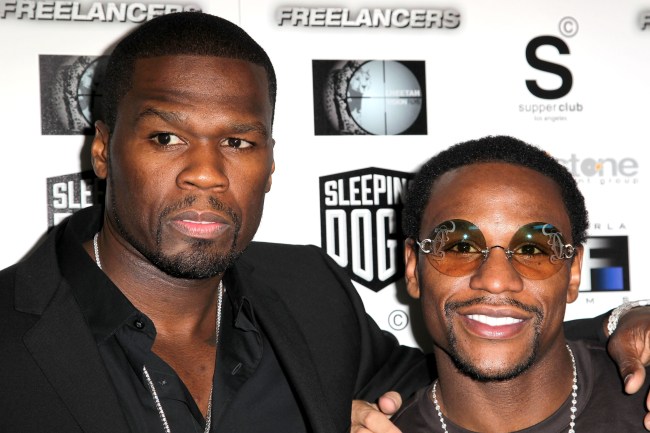 Nothing like a petty online battle between Floyd Mayweather and King Troll himself, 50 Cent, to begin a week.

50 Cent loves nothing more than publicly exposing the flaws of his enemies, and Floyd Mayweather is always looking to take the bait. But this time around, Mayweather threw the first punch. And it was strong.

In a well-researched diatribe against 50, Mayweather picked the scabs of all of the rapper’s failed business endeavors. Like the album sales battle he engaged in with Kayne that turned out to be a trouncing and 50’s transition into the alcohol game and the headphone game only to be squashed by Jay-Z, Diddy and Dr. Dre.

The caption nearly made me piss my pants.

It was only 4 shots that ended Curtis 🐀 Jackson rap career
1. You tried desperately to revive your career by going head to head with Kanye West and got dragged publicly, taking a unanimous decision loss.

2. Jay Z been killing the champagne game with Ace of Spade selling worldwide at premium prices for well over a decade, while Curtis got a bottle with a cheap chess piece on it that taste like shampoo.

3. Beats by Dre headphones was a home run smash, we all know that, but what the fuck was Curtis’s SMS Audio headphones? That was some straight bullshit the FEDs had something to do with. Those are snitch headphones, you can be in your car and hear the people’s conversation in the vehicle next to you.

4.Diddy got Ciroc and its still selling worldwide and you can’t find Efen in no stores and it’s well known the shit taste like rubbing alcohol.

In response to shredding his entire professional life outside of music, 50 responded with kindness. Kindness mixed with a teaspoon of poison.

Tell Floyd I said he won he is the greatest of all time. and nobody I mean nobody can ever take that away from him what he’s done with his life is amazing. I’m done with all of the back and forth. Now Can Someone Please Read This To Champ.#POSTIVE VIBES pic.twitter.com/4aGYLwJVnQ

This is obviously alluding to the greatest troll of all-time. Never forget.

Of course, Mayweather’s ultimate trump card is bringing up his cartoonish net worth.