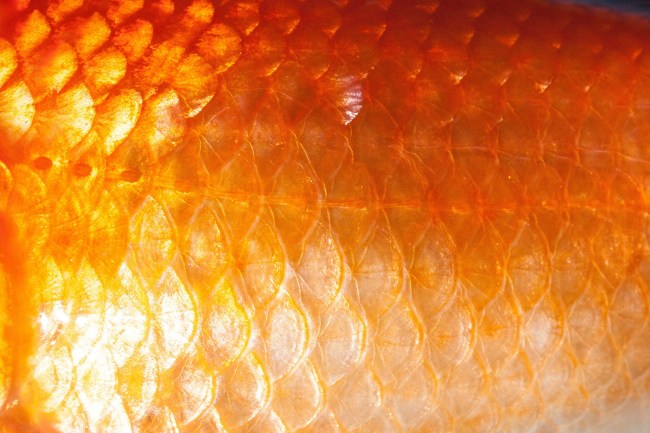 But what if they’re already here and the aliens are actually just gigantic goldfish? That would be an easy explanation for the existence of this 9-pounder that was found in a South Carolina lake. Though I suspect if aliens were ever going to make the first contact it wouldn’t be in South Cackalacky.

Ty Houck is Director of Greenways at the Greenville County Parks Department in South Carolina and found this gargantuan 9-pound goldfish that locals are calling Methuselah, a reference to the biblical figure who lived to 969 years old. He told Fox News the lake isn’t “downstream of nuclear power plant” so it’s not radiation, but likely a pet owner who realized they couldn’t take care of a 9-pound goldfish anymore.

Anyone missing their goldfish? This 9lb goldfish was found in Oak Grove Lake during some recent testing at our lakes. The work included electrofishing, a method of measuring the health of the fish population. https://t.co/etUcVHqN0O pic.twitter.com/4DRBzCk99k

Though most goldfish are tiny, largely living in small bowls, Houck said their size can vary greatly, recalling one from his own childhood.
“They grow to the size of their environment,” he added.
Given its large size, it’s likely that it could be very old, with Houck’s mother referring to it as Methuselah.
“This might be the Methuselah for Oak Grove Lake,” Houck said of the 9-pound fish, while also noting its survival skills.
In addition to its longevity, Houck said the goldfish must have some pretty good survival skills after some dredging was done at the lake’s headwaters earlier this year.
Goldfish aren’t native to South Carolina lakes, but are not considered invasive. Commenting on its size, Houck also noted the lake is healthy and not a result of any nuclear exposure. (via Fox News)

This is something I can relate to, a little bit. My parents had trouble telling me ‘no’ as a kid when it came to getting pets. I had multiple fish tanks, dogs, cats, birds, snakes, turtles, and frogs. One of those fish was a goldfish we won at the church’s Summer pot luck dinner and we fully expected it to die overnight like most goldfish do when you when them at fairs except this one didn’t. It lived overnight.

And then that goldfish lived for like 2 more years before it got too big for any of my aquariums so we let it loose in the lake across the street. I’m sure there were more responsible ways to handle the situation but we did what we did. And I’m guessing someone in South Carolina did the same with this 9-pound goldfish.

A quick Google search tells me that goldfish can live 10-15 years in proper water conditions and the oldest one on record was a 43-year-old Goldfish named Tish who was won at a fair in the UK. I have no idea how age translates to size with goldfish but I suspect they can get enormous in a lake, pond, or extremely large fish tank with enough food on hand.