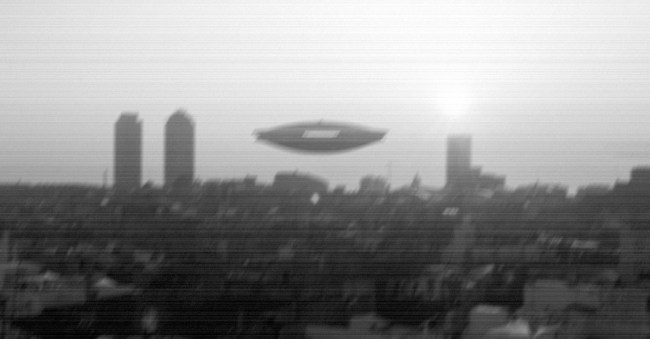 With yesterday’s news about new comet research suggesting all life on Earth may be alien in origin, it should come as little surprise that we have yet another UFO sighting on our hands.

Once again the location of the sighting is in one of the main hotspots for UFO sightings of late: Mexico.

This particular video recording was taken in Chihuahua, Mexico on November 16, 2020.

The person who shot the original video, Mario Armendariz Velasquez, wrote about what he saw (loosely translated from Spanish), “Something flying which I think is a UFO and I saw it in the same area as a previous one.”

His unusual footage caught the eye of noted UFO and alien expert Scott Waring who analyzed the video further on his website.

The eyewitnesses were lucky enough to catch a few minutes of raw footage of an unknown white craft flying from the left to the right of them.

The craft was seen just after sunset and it is difficult to make out the detail due to the low quality of camera of the photo. However any footage is better than the alternative. And at one point the UFO tilts and we see that its a disk.

Why aliens chose Mexico and why its such a hotbed of alien activity only aliens themselves can answer…but I can tell you this…what we have before us is a real alien craft.

Perhaps Mexico has become a hot spot because of its proximity to America. It would be a could place for a home base that’s less likely to be discovered.

One viewer of the video wrote, “Kinda looks like the tic tac that the navy caught in the ir videos. Does anyone else think the same?”

They are referring to the footage captured by Navy pilots on the USS Nimitz, which was declassified and released by the Pentagon earlier this year.

In another report this week, scientists say they now believe we’ll meet aliens by the year 2036. Based on the flurry of UFO activity we’ve seen since the coronavirus hit, I say it won’t take nearly that long.