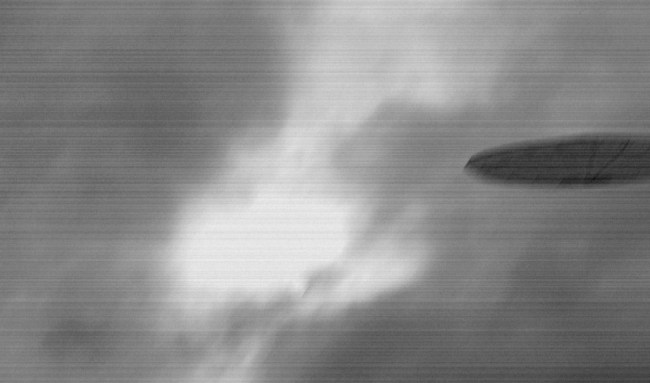 As we edge closer and closer to the truth about UFOs and the reconnaissance aliens have been conducting over the past several decades, and especially during this global pandemic, what little technological advances we have made here in the 21st century continue to help us expose and understand what is happening in that regard.

While the United States government continues to drag its heels when it comes to releasing its knowledge on the subject, tools like the internet, security cameras, and cell phone cameras have made it the simplest it has ever been to share and analyze what little data civilians have uncovered.

A perfect example of this quick and easy dissemination of information comes to us today in the form of home security camera video of a UFO caught passing over a home in Irving, Texas on October 19, 2020.

The video, which shows a very large, mysterious object in the sky that appears to be a cloaked UFO of some sort, caught the attention of noted UFO and alien expert Scott Waring, who discussed the sighting on his website.

A door security cam alerted a person that it had recoded something that may be important.

When they looked at the video, they saw a strange object passing over their home.

The object is huge, 747 size, but its not a plane, because it has no wings, body, lights. Its not a cloud because its moving really fast. However it does look like a cloaked UFO.

The security cam is using a special IR (infrared camera) to record at night. The human eye cannot see infrared light, but the cam can…and did.

This one is flying really low…I would say 300 meters above the ground.

I wonder if they were visiting the homes below to check Covid19 infected and recovered people for symptoms, effects of the virus before and after catching it, but most of all…checking for new mutations of the virus. Most mutations are less dangerous than the original, but I do believe this ship was trying to find such a mutation and stop it before it spreads.

Professor Chandra Wickramasinghe, a scientist from Buckingham Centre for Astrobiology, believes that the the novel coronavirus may have actually been brought to Earth by a meteor that hit China in 2019.

“The sudden outbreak of a new coronavirus is very likely to have a space connection, the strong localization of the virus within China is the most remarkable aspect of the disease,” told the Daily Express. “In October last year a fragment of a comet exploded in a brief flash in North East China. We think it probable that this contained embedded within it a monoculture of infective 2019-nCoV virus particles that survived in the interior of the incandescent meteor. We consider the seemingly outrageous possibility that hundreds of trillions of infective viral particles were then released embedded in the form of fine carbonaceous dust. We believe infectious agents are prevalent in space, carried on comets, and can fall towards Earth through the troposphere. These, we think, can and have in the past gone on to bring about human disease epidemics.”