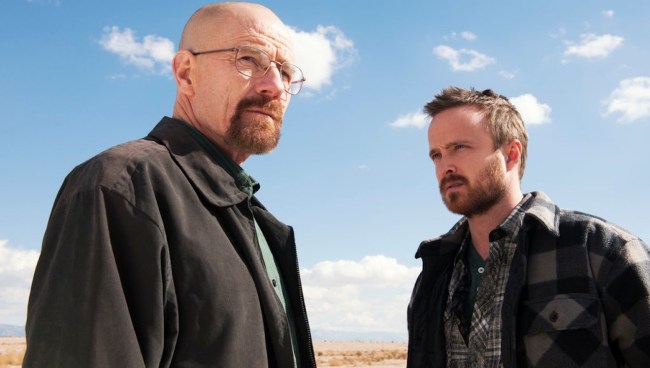 While Disney has spent the better part of the last week dropping absolutely massive content bombs all over the pop-cultural landscape, the most recent project announcement that has me the most excited was the release of the trailer for El Camino: A Breaking Bad Movie.

Released into the world without any warning, the trailer for the sequel to Breaking Bad shows longtime pal of Jesse Pinkman, Skinny Pete, being interrogated by the police about there whereabouts of his former meth buddy.

Skinny Pete — apparently as aware of the way Pinkman was treated in the final season of Breaking Bad as the audience is — refuses to cooperate, saying that there’s no way he’s “helping you people put Jesse Pinkman back inside a cage.”

“It’s a chapter of Breaking Bad that I didn’t realize that I wanted. And now that I have it, I’m so happy that it’s there,” Paul told the New York Times.

“At the very end of the conversation, he [Gilligan] mentioned that he had an idea of where to take it from here, and he wanted to hear my thoughts on it. I quickly told Vince that I would follow him into a fire. I couldn’t speak for a good 30, 60 seconds. I was just lost in my thoughts. As the guy who played the guy, I was so happy that Vince wanted to take me on this journey.” [New York Times]

Finally, the three-time Emmy Award winner wrapped up his comments by saying he thinks that El Camino: A Breaking Bad Movie will leave fans of the iconic series feeling “really happy”:

“All I can say, I think people will be really happy with what they see,” Paul said.

El Camino, which hits Netflix on October 11, isn’t the only massive prestige project that Paul will be popping up in the coming months, as he’s also set to star in the third season of HBO’s Westworld, which is expected to premiere some time in 2020.

Can’t wait to dive back into the blue meth-smoking world of ‘Breaking Bad’? Follow along with our preview series, COUNTDOWN TO ‘EL CAMINO’, where we’ll be looking back at the series’ most iconic moments.