A Lock Of Abraham Lincoln’s Bloody, Brain-Spattered Hair Is Up For Auction 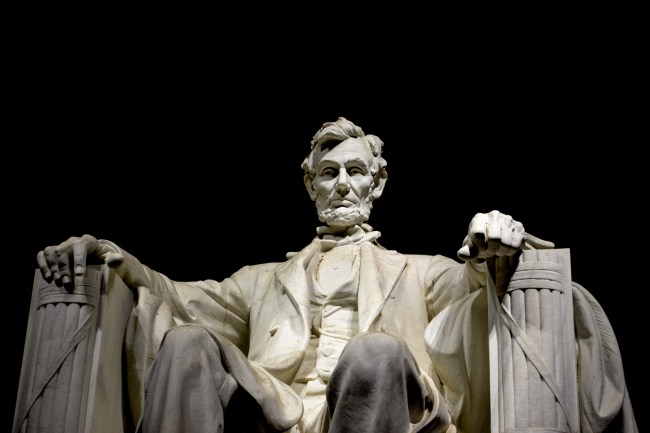 If you want to own a lock of Abraham Lincoln’s hair, wrapped in a telegram about his assassination, this is your chance https://t.co/uJfmLfKmRL #rrauction #Lincoln #HistoryMatters

Great news for those of you who enjoy preserving the body parts of dead humans on your mantle: a tuft of Abraham Lincoln’s hair is up for auction!

This is one macabre auction: A lock of Abraham Lincoln’s hair, wrapped in a bloodstained telegram about his 1865 assassination, is up for sale.

“The above telegram … arrived in Washington a few minutes after Abraham Lincoln was shot. Next day, at the postmortem, when a lock of hair, clipped from near the President’s left temple, was given to Dr. Todd — finding no other paper in his pocket — he wrapped the lock, stained with blood or brain fluid, in this telegram and hastily wrote on it in pencil: ‘Hair of A. Lincoln.’”

Jesus. Nice little historical keepsake story to ease us in to the week. Apparently, right after Lincoln was killed, people started shearing him like an alpaca and stuffing their pockets with bits of him for profit down the road. How on earth was this allowed? I understand a lock of hair for Mary Todd or maybe the family for memories. But random onlookers don’t deserve a tuft, do they?

And should we really be selling this thing? It’s held together with BRAIN FLUID/BLOOD. The auctioneer is one cold-blooded capitalist…

Bobby Livingston, executive vice president of RR Auction, disputes the notion that the offerings — particularly the lock — are a little on the dark side.

“It’s not macabre. It’s a fascinating artifact from a horrible tragedy,” he told The Associated Press in a telephone interview. “Collecting locks of hair was common after someone passed away. It’s such a piece of history. The assassination of President Lincoln was obviously such a shock.”

Thanks Bobby. Remind me not to die around you.

There was one historically significant discovery in all of this:

Historians say the telegram itself is significant because it disproved a conspiracy theory that then-Secretary of War Edwin Stanton plotted to kill Lincoln because of their personal and political differences.

At the time, some claimed that Stanton ordered military communications to be disrupted, allowing Booth to briefly elude his captors. The time stamp on the dispatch shows that military telegraph lines were, in fact, functioning on the night Lincoln was assassinated.