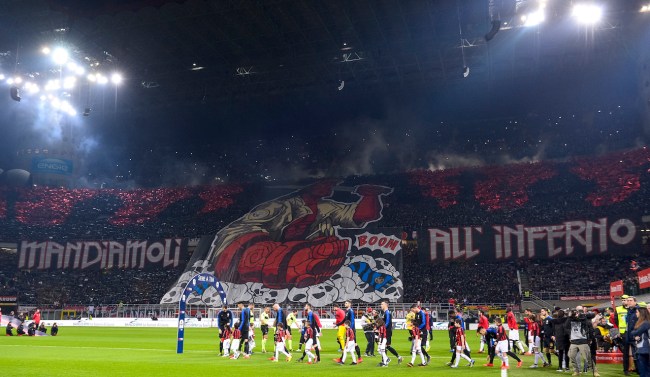 With Serie A fully back in the swing of things, BroBible is going to take a look at the biggest matchup of each weekend and give you all the information you need to know to catch the game.

This weekend’s premier matchup features one of the most historic rivalries in the history of the sport, as AC Milan takes on Inter Milan in the Milan Derby from the San Siro, which will be airing exclusively on ESPN+ in the states.

Regardless of how high or low these two teams are on the Serie A table, the Milan Derby is always a close match, as neither squad ever wants to lose to their in-city rival.

Scroll down below to find out how to watch Saturday’s epic clash between the two football giants of Milan.

Check out our full match preview to find our betting pick for The Milan Derby.

How To Live Stream AC Milan vs Inter Milan Online

Saturday’s Serie A match between AC Milan an Inter Milan can be live-streamed in the United States exclusively on ESPN+.

How To Live Stream The Milan Derby on Mobile Device

Saturday’s Serie A match between Inter Milan and AC Milan can be live-streamed in the United States exclusively on mobile devices on the ESPN+ App.

The ESPN+ App is available for download on the Apple App Store and the Google Play Store.