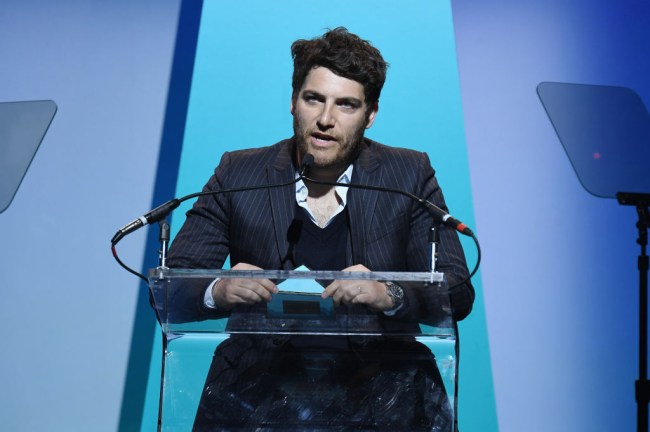 The 10th annual Shorty Awards took place here in NYC last Sunday night. In case you’ve never heard of the Shorty Awards let me break it down for you: they’re an awards show for social media influencers and brands put on for the explicit purpose of needing to justify all of the $$$$$$ brands spend on social media marketing campaigns.

Comedian and actor Adam Pally, known best for The Mindy Project and Happy Endings, was there last night to present a few awards and holy shit did it not go as the Shorty Awards had planned. To say that Adam Pally went scorched earth on the social media influencers in the room is genuinely an understatement. Things got so bad that the Shorty Awards sent out someone to pull him off stage before he could finish delivering an ‘in memoriam’ segment for VINE. This video’s set to start at the 1:34:00 mark but if it doesn’t start there for you just jump to that time stamp because that’s where the action starts:

I have to admit that I’m REALLY fucking glad I don’t know who Backpack Kid is even if that makes me seem old and out of touch. And I don’t want to give it all away because this is 100% worth watching, but here are some of Adam Pally’s best lines from the Shorty Awards before he got dragged off stage by pop star Betty Who, as it turns out, went up there on her own to pull him off without anyone backstage telling her to:

“Thank you for having me tonight at the Shorty Awards, the waiting-at-the-DMV of awards shows.”
“Remember that winner that was up here saying she was in college to be an engineer but she dropped out to play video games? Don’t do that. Absolutely not. She thinks it worked out for her, but in six months, she’ll be trying to get back into that school.”
“If you want me to host next year, hard pass.”
“This is the worst night of my life.”

Bros, these are jokes written by a professional comedian and actor and they were probably delivered off the cuff because it was obvious the Shorty Awards had scripted stuff for him to say but he’d ditched the script periodically because the entire night was too fucking stupid for him to take seriously.

Man, imagine having to come out on stage after Adam Pally was dragged away and trying to stick to the script. It’s like the entire night is one giant advertisement. Everyone’s forced to sell a product whether that product be themselves or a brand, and Adam Pally woke up in the middle of everything and pulled the curtain back. I fucking love it.