Adam Sandler Is Floating The Idea Of A Sandler Cinematic Universe – Where Do We Sign Up? 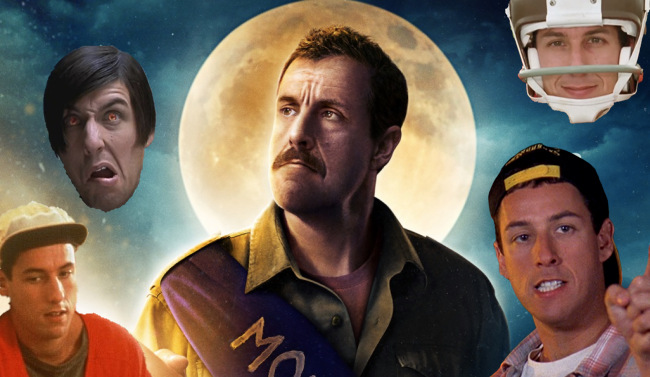 Perhaps it’s the result of seven straight months of unfiltered anxiety and uncertainty about our future as both a nation and a species, but I found Hubie Halloween to be absolutely fucking hilarious. Grinned from ear-to-ear like an unabashed buffoon for all 102 glorious minutes of it.

What makes my appreciation for Hubie Halloween even more bizarre is the fact that I haven’t seen an Adam Sandler movie in years for the very same reasons people have been dismissing Hubie Halloween: they’ve all just looked far too stupid, especially his Netflix joints.

From The Do-Over to Sandy Wexler, from The Week Of to Murder Mystery, all of the recent entries into Sandler’s filmography just didn’t seem worth my time. The Sandman didn’t seem to be putting much effort into them, so why should I? But something about the way Hubie Halloween is being open and honest with its marketing, essentially acknowledging that it’s a steaming pile of shit, appealed to me.

So, long story short, I’m back on the Sandler bandwagon and fully support him in any future endeavors, including a potential “Sandler Cinematic Universe”, which is an idea he certainly doesn’t seem opposed to.

“It just happens that we run out of stuff to talk about so just bring that s**t back from 1961,” Sandler says.

If Hal L. and the O’Doyle family also exist in Hubie Halloween, that means so could Billy Madison, Happy Gilmore, Bobby Boucher and the rest of Sandler’s gamut of goofballs. Could they someday all come together, Avengers-style?

“I’d like that, I just gotta get mentally prepared for that,” Sandler cracks dryly. “So that’ll probably happen in another 35 years. We’re gonna get to that.” [via Yahoo Entertainment]