Adam Sandler Returns To The IHOP Where He Couldn’t Get A Table, Gets His All-You-Can-Drink Milkshakes 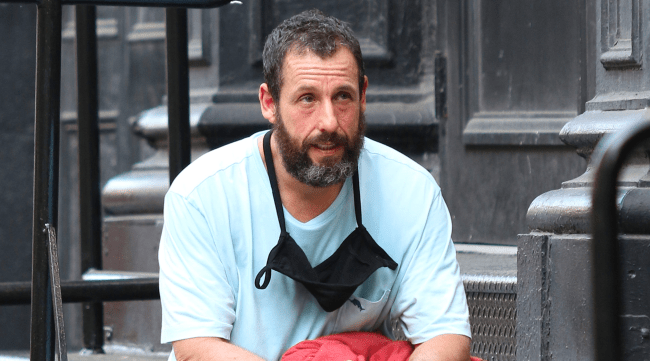 A couple of weeks ago, Hollywood bigwig Adam Sandler was just trying to get a seat at an IHOP with his kid when an employee there, Dayanna Rodas, not recognizing him because of his mask, turned him away.

Of course, once Rodas realized who exactly it was she sent packing out of the restaurant because the wait was going to be too long, she went to the security camera for a better look.

Naturally, Rodas shared that footage on TikTok and instantly went viral with her video getting millions of views.

Viewers were left very impressed, not only with Sandler’s totally chill reaction to there not being a table available, but also by Rodas treating him just like any other customer.

Back then, I wrote, “Knowing Sandler and how cool and down to earth he seems, if he someone gets wind of this there’s a better than average chance that he’ll do something memorable to say thanks for not treating him any differently than anyone else.”

A few days later, he did, tweeting, “For the record, I only left the IHOP because the nice woman told me the all-you-can-eat deal didn’t apply to the milkshakes.”

Seeing his tweet, IHOP responded to Sandler, writing, “You know what, @AdamSandler, you may be onto something here. In your honor, we’d like to declare May 10th, 2021 #MilkshakeMonday at IHOP. More sweet details to follow.”

Fast forward to Tuesday, and wouldn’t you know it, but there was himself, back on TikTok, and back at the Long Island IHOP.

“Couldn’t have been more excited!! Thank you Adam Sandler!” Rodas wrote in a new TikTok video showing her in several photos with the actor.

Adam Sandler is a very cool human being.