IHOP Employee Discovers The Man She Just Turned Away Was Adam Sandler, Shares Encounter On TikTok 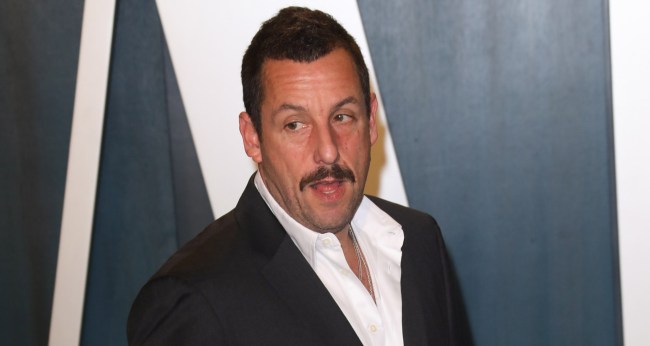 An IHOP employee, Dayanna Rodas, was just doing her job recently when a man and his kid arrived and asked how long a wait it would be for a table. When she told him it would be around 30 minutes, he decided that was just too long and headed out to find somewhere else to eat.

Pretty boring story, until she found out the man she just ran off was none other than Hollywood megastar Adam Sandler.

Naturally, because it is what all of us would do in that if we found ourselves in that regrettable situation, Rodas went to the restaurant’s security video, copied the footage of the interaction, and posted it to TikTok.

“Pleaseee come back,” she captioned the clip, writing on it, “Not realizing its Adam Sandler and telling him its a 30min wait and him ofc leaving bc hes not going to wait 30mins for IHOP.”

Rodas’ video has now been viewed over 7.5 million times, with dozens of commenters coming away very impressed with the fact that despite his massive wealth and fame, The Sandman did not try to bully his way to the front of the line or receive any kind of special treatment.

“At least he didn’t use his fame to rush anything, he left like a normal person would,” commented one viewer.

“The fact he could have said… I’m Adam Sandler and didn’t is amazing, most celebrities would use their status to get them places,” wrote another.

Others were just surprised that, despite him wearing a mask, she didn’t realize who she was talking to based just on his fit.

“How could they not tell. He was wearing the Adam Sandler fit,” asked one viewer.

“How’d you not realise it was him with those shorts… it’s his signature look,” commented another.

“He dresses like he’s always ready to hoop and I respect him for that,” wrote another.

i used to be a shirt and no shorts girl but covid turned me into an adam sandler girl 😪 pic.twitter.com/fJN9loQDvH

Knowing Sandler and how cool and down to earth he seems, if he someone gets wind of this there’s a better than average chance that he’ll do something memorable to say thanks for not treating him any differently than anyone else.

When the video was shared to Reddit, one person who claims to see Sandler on the regular, wrote, “He lives in my neighborhood and frequents one of the restaurants I do and he’s very down to earth. Doubt he was mad he didn’t get preferential treatment, he’s always so chill.”