Everything You Need To Know About Ahsoka Tano, The Iconic Jedi Debuting On This Week’s ‘The Mandalorian’ 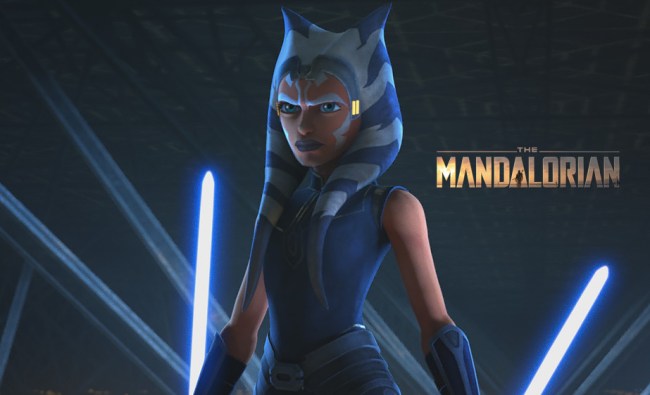 After spending the first two episodes of season two galaxy-trotting for some harmless “adventure of the weeks”, The Mandalorian has gotten back on track in recent weeks, diving back into its main narrative i.e. Mando and Baby Yoda’s escape from Moff Gideon and their quest for The Child’s kind.

As a result of The Mandalorian refocusing its efforts on its primary plot, a handful of iconic Star Wars characters have been introduced this season, such as Boba Fett, Cobb Vanth, and Bo-Katan. This weekend, though, on Black Friday, “Chapter 13: The Jedi” is set to feature the biggest character debut yet.

This week’s episode, titled “The Jedi” and directed by Dave Filoni, is set to see the live-action debut of Ahsoka Tano, the former Jedi Padawan from Anakin Skywalker from Star Wars: The Clone Wars and Star Wars: Rebels. One of the most iconic characters in Star Wars lore, the introduction of Ahsoka will connect The Mandalorian to the greater Star Wars universe in ways it never has before, as Ahsoka — Anakin’s former Padawan — has also crossed paths with the likes of Obi-Wan Kenobi, Yoda, and Chewbacca.

So, to get you prepared for Friday, we’ve put together some need-to-know facts about Ahsoka Tano (who is rumored to be played by Rosario Dawson) ahead of her highly-anticipated live-action debut:

-Has fought both Darth Maul and Darth Vader

-Bail Organa recruited her to the Rebellion

-Knows both Obi-Wan Kenobi and Yoda

-Her species, Togrutas, are supposedly more Force-sensitive than the average life form.

-Dave Filoni initially intended to cover a motley space ship crew with two Jedi, one of which was the original incarnation of Ahsoka under a different name. George Lucas then suggested they tie it more closely to the Star Wars saga and that Ahsoka should be Anakin’s Padawan.

-She met Chewbacca during the Second Battle of Felucia in the Clone Wars.

-The Mandalorian will be the third Star Wars TV series she’s appeared in and her first live-action appearance.

This week’s episode of #TheMandalorian, titled “The Jedi” and directed by Dave Filoni, is set to mark the live-action debut of Ahsoka Tano.

A former Padawan to Anakin Skywalker, she’s one of the most iconic characters in #StarWars lore 🍿 pic.twitter.com/BVLQ63NcbW

RELATED: So, What’s Moff Gideon Up To On ‘The Mandalorian’?

We’re recapping and reviewing every episode of The Mandalorian on the Post-Credit Podcast, so make sure to subscribe and check that out especially this weekend, as we’re expecting “Chapter 13: The Jedi” to be one of the biggest and best episodes of the Emmy-nominated series yet.