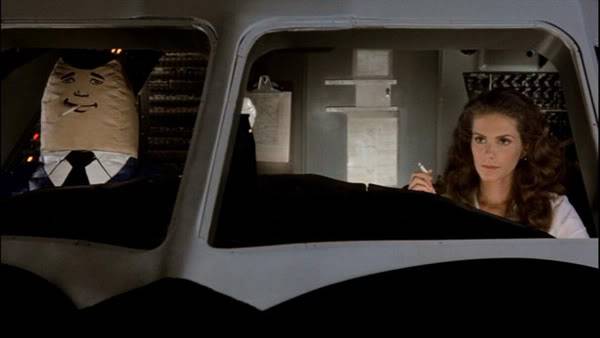 A commercial airplane dropping 25,000 feet and the reason for the underwear-soiling drop may have had something to do with a pilot vaping. Air China Flight CA106 from Hong Kong to Dalian, China when the plane plunged from 35,000-feet to 10,000-feet in nine minutes. The abrupt descent of the 737 aircraft gave the 153 passengers a scare of a lifetime. An hour and a half into the three-hour flight, one of the co-pilots allegedly started smoking an e-cigarette.

“I didn’t think too much of it at the time — we didn’t know what was going on, nor did the flight attendants it seemed,” said Hoby Sun, a passenger on the fight, “I’m not physically hurt, but the psychological impact lingers. When I close my eyes, I see the oxygen masks dangling in front of me.”

“Smoke diffused into the passenger cabin and relevant air conditioning components were wrongly shut off, without notifying the captain, which resulted in insufficient oxygen,” said Qiao Yibin of the Civil Aviation Administration of China (CAAC). The CAAC is still investigating the situation and is currently analyzing the plane’s flight data recorder and cockpit voice recorder.

“If the investigation discovers crew behaviors that have violated rules and regulations, we will adopt a zero-tolerance attitude and seriously punish those found responsible,” Air China said in a statement. Vaping is bad for your health and can put 153 passengers in an oxygen emergency apparently.

RELATED: Could A Non-Pilot Land A Commercial Jetliner? Real-Life Pilots Weigh In