Alberta, Canada Being Called A ‘Hot Spot’ For Parasitic Tapeworm That Can Kill Humans 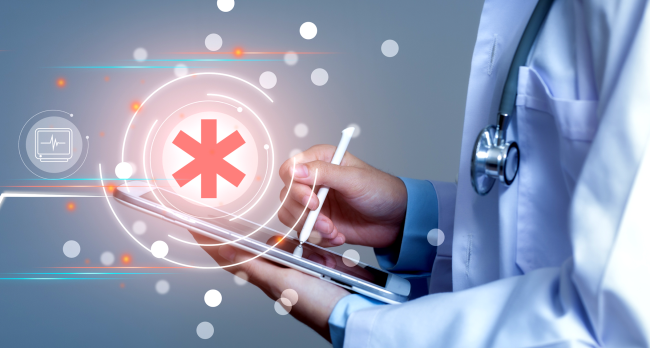 Infectious disease specialist Stan Houston of the University of Alberta warns that a a potentially deadly parasitic tapeworm called Echinococcus multilocularis has made its way to North America.

Calling Alberta “clearly the hot spot,” Houston says, “There could be a number of people out there in the community incubating the disease that we haven’t found yet but time will tell.”

In a new study published in the American Journal of Tropical Medicine and Hygiene, Houston and his fellow researchers say there has been a cluster of 17 cases diagnosed in North America between 2013 and 2020.

Prior to 2013, there had only been two cases of alveolar echinococcosis ever diagnosed in North America in total. One in Manitoba in 1928 and another in Minnesota in 1977, CBC reports.

“This remains a pretty rare disease but we should be paying attention to it,” said Houston. “It’s been found in Saskatchewan and in B.C., but Alberta has had most of the cases.”

The researchers currently believe that the parasitic Echinococcus multilocularis tapeworm was passed from domestic dogs and wild canines, such as coyotes, to humans.

“COVID has reminded us that diseases stemming from animals are potentially very important and that we should be paying attention,” said Houston.

According to Gizmodo, these new cases, “based on a genetic analysis of the tapeworms found in the patients, seem to trace back to a strain that probably hitched a ride from dogs originally infected in Europe — a strain seemingly more capable of causing illness in humans and animals than any previously existing populations in the area.”

“It is unequivocally new as a human disease in the western hemisphere. The explanation very clearly seems to be the introduction of the more virulent European strain of the parasite into our wildlife ecology,” Houston, the lead author of the study, told Gizmodo in an email. “Why it is most apparent in Alberta, by far, at the present time, is somewhat speculative. I think some mix of factors of where the parasite was first introduced and/or favorable wildlife ecology are most likely.”

There are an estimated 18,000 cases of alveolar echinococcosis annually, mostly in China, but incidence of AE does appear to be increasing in some parts of Europe as well.

Unfortunately, the disease has a lengthy incubation period in humans – five to 15 years – which means it easily can go undetected. Eight of the 17 cases in Alberta were discovered by accident during other testing.

Humans can acquire the infection by ingesting food or soil contaminated with worm eggs too small to see. In humans, the disease develops slowly and causes multiplying lesions in the body, usually in the liver.

Treatment involves surgery or a lifelong regimen of medication to keep the lesions in check. The disease is more severe in people who are immunocompromised. Without treatment, the infection is usually fatal.

“This is an infection that has flown under the radar,” said Houston. “We can assume it’s more widespread than we know.”

In March, Canada was also hit by a mysterious and deadly neurological disease the seemed to cluster in the eastern part of New Brunswick.

That disease, which hadn’t even been named yet, is degenerative and can cause a fatal form of dementia.

The Chief Medical Officer of Health there alerted physicians and other health professionals to watch out for certain symptoms related to the disease.