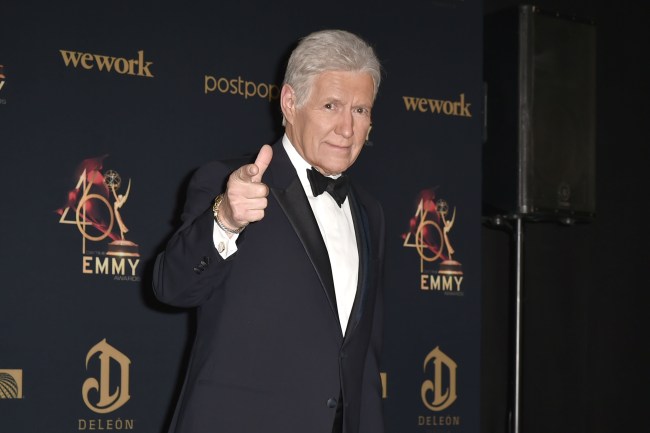 It’s been one year since Jeopardy legend and cultural icon Alex Trebek was given the worst news of his life.

Since being diagnosed with stage 4 pancreatic cancer last year, the 79-year-old has been candid in his harrowing battle with the disease, admitting to bouts of ‘deep, deep sadness‘ brought on by the chemotherapy as well as the violent pain that had him ‘on the floor writhing‘ while taping Jeopardy.

On Wednesday, Trebek gave the world an update on his health status, and showed us yet again why he’ll live on long after cancer takes him.

A one-year update from Alex: pic.twitter.com/W9101suZeZ

“The one-year survival rate for stage 4 pancreatic cancer patients is 18 percent. I am very happy to report that I have just reached that marker.

Now, I’d be lying if I said the journey had been an easy one. There were some good days but a lot of not-so-good days. I joked with friends that the cancer won’t kill me; the chemo treatments will. There were moments of great pain, days when certain bodily functions no longer functioned, and sudden, massive attacks of great depression that made me wonder if it really was worth fighting on.

Trebek added that his oncologist tried to cheer him up the other day by predicting that one year from now the two of them would be sitting in his office celebrating his two-year anniversary of this awful disease, despite the two-year survival rate for pancreatic cancer being just 7 percent.

Trebek finished his monologue with advice worth heeding:

“If we take it just one day at a time with a positive attitude, anything is possible.”