While Alex Trebek “Loved” Will Ferrell’s Impression Of Him, It Wasn’t His Favorite 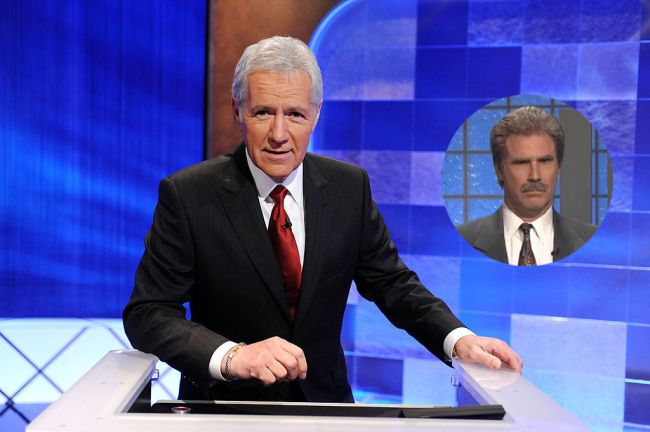 Over the weekend, the world learned that beloved longtime Jeopardy! host Alex Trebek passed away at the age of 80-years-old following a battle with pancreatic cancer.

The host of Jeopardy! since 1984, Trebek first made his diagnosis public back in March of 2019 and would go on to host Jeopardy! for another year while undergoing treatment. In fact, Trebek’s last day of filming was on October 29, just over a week before his passing.

While Trebek’s job hosting the longtime ABC gameshow is was most fans across the country obviously knew him for, it wasn’t the only reason Trebek remained a part of the cultural consciousness for so long, as Saturday Night Live’s Celebrity Jeopardy! — shepherded by Will Ferrell’s impression of him — has ranked among the iconic sketchy comedy series’ most popular recurring sketches of the last 20 years.

Trebek, of course, was once asked for his opinion of the famed Ferrell impression and admitted that while he “loved it, it wasn’t his favorite, as that claim actually belonged to Eugene Levy (the guy with the eyebrows of American Pie and Schitt’s Creek):

“I loved them,” Trebek said of Ferrell’s SNL impression of him, constantly bickering with the likes of Sean Connery and Burt Reynolds.

“It means you’ve arrived. If you do a take-off of somebody, it is a sign that you believe your audience will immediately recognize who you’re poking fun at. And if that’s the case, that means there must be a lot of people who have watched your show over the years or are watching now. So, they know immediately what the reference is. You’re popular not only because of your own show, but the take-offs and mentions on other shows.”

As for his favorite, Trebek believed Levy’s impression on the Canadain sketch comedy series Second City Televsion stood above the rest, as he “looked more the part”:

“Eugene Levy to this day I maintain did the best Alex Trebek ever, better than Will Ferrell. He looked more the part, too. He had the dark hair and he had the black mustache.”

Our thoughts are with Mr. Trebek’s friends, family, and loved ones during this time.