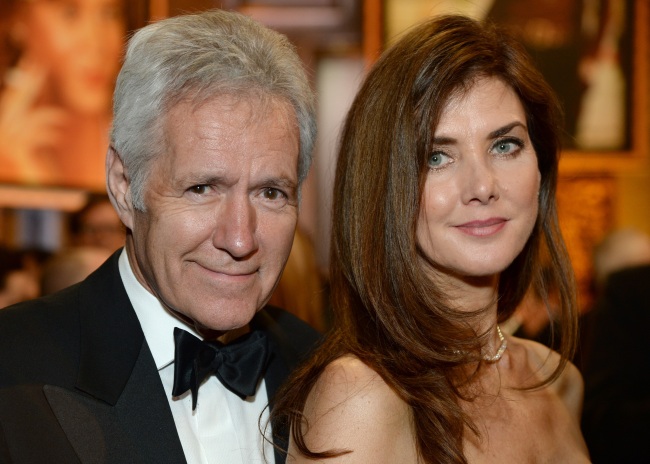 Alex Trebek is no longer burdened by the wickedness of one of the most unforgiving cancers in existence, passing on this weekend in the presence of his longtime wife one year after being diagnosed with pancreatic cancer.

In the wake of his diagnosis, Trebek admitted to surges of “deep, deep sadness” coupled with violent pain from the cancer that at times left him curled up in the fetal position in his dressing room in the middle of Jeopardy! tapings.

The accumulation of that immense pain and anguish resulted in a peaceful passing and the fulfillment of the cultural icon’s last wish.

“Even in his book, he described that he wanted his final day to be sitting on his swing next to his wife, Jean, and kind of watching the horizon and he got to do that.”

“He was coherent, he wasn’t in pain and the fact that he had a nice, final day makes all of us in the ‘Jeopardy!’ family feel much better.”

Flash back to a Jeopardy contestant using his final Jeopardy to tell Alex Trebek, who had advised he had stage 4 pancreatic cancer: “We ❤️ You, Alex”. It makes him nearly break down with tears of joy. 😭 RIP #AlexTrebek #Jeopardy pic.twitter.com/Jp7f10LOIB

Trebek passed Sunday morning at the age of 80 surrounded by his wife of 30 years, Jean Currivan, their two children, Emily and Matthew, and some close friends.

Alex Trebek: “Don’t tell me what you believe in. I’ll observe how you behave and I’ll make my own determination.”

Talk about a guy who lived it.

Alex's impact is immeasurable. Thank you for sharing, Burt! pic.twitter.com/XgGGwJ8GlH