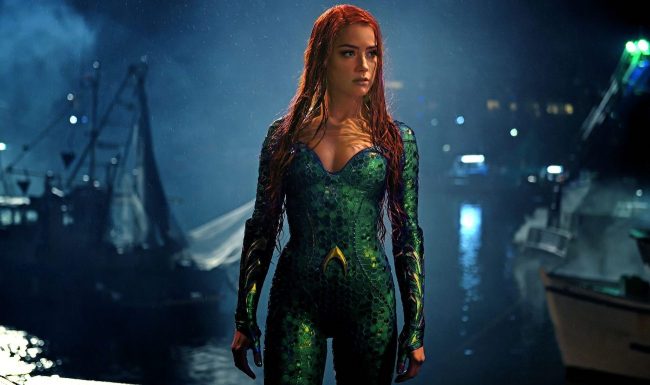 That sound you just heard in the distance is a collective disappointed groan from the pop culture community, as sources have told Variety that embattled actress Amber Heard has NOT been fired from her role in Aquaman and the Lost Kingdom.

The report from Variety — which, in all likelihood, was sourced from someone inside Warner Bros. — comes as a fake news report from celebrity gossip blog JustJared claimed that Heard had been fired from the film and that her role of Mera was going to be recast.

A spokesperson for Heard said in a statement to Variety, “The rumor mill continues as it has from day one — inaccurate, insensitive and slightly insane.”

The clarification on Heard’s role in 2023’s Aquaman sequel comes following her widely-publicized defamation lawsuit loss to her ex-husband Johnny Depp and as a petition to remove her from the film on Change.org recently crossed 4.5 million signatures.

In addition to Heard, Aquaman and the Lost Kingdom — a sequel to 2018’s billion-dollar-grossing Aquaman — stars Jason Momoa in the titular role of Arthur Curry. Willem Dafoe, Patrick Wilson, Dolph Lundgren, Yahya Abdul-Mateen II, Temuera Morrison, and Nicole Kidman also star alongside Momoa and Heard in the film, which is currently scheduled to hit theaters in the United States on March 17, 2023.