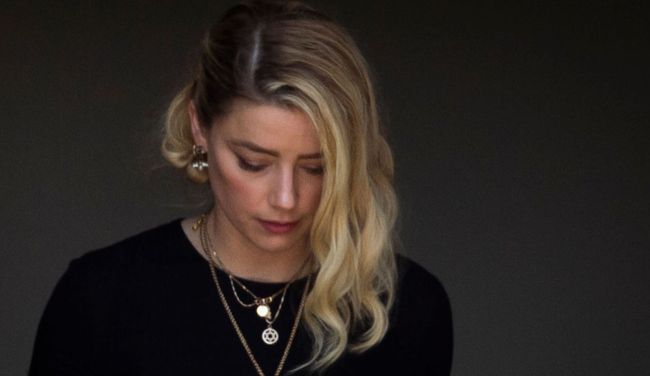 In an interview with NBC News‘ Savannah Guthrie — her first since losing the defamation lawsuit brought on by her ex-husband Johnny Depp — the 36-year-old Amber Heard floated conspiracy theories about the trial, accusing Depp of hiring actors to be witnesses.

In a preview of the primetime special, which was aired Today on Monday, Guthrie said: “The jury looked at the evidence you presented, they listened to your testimony and they did not believe you. They thought you were lying.”

Responding, Heard said of the jurors: “How could they make a judgement? How could they not come to that conclusion? They had sat in those seats and heard over three weeks of nonstop, relentless testimony from paid employees and towards the end of trial, randos, as I say,” Heard told Guthrie. [via Newsweek]

Heard’s comments come as both she and Depp begin to chart their post-trial careers, with Depp already announcing that he’s releasing a new album with his friend Jeff Beck later this Summer. Heard, on the other hand, said during her testimony that she’s basically fighting to remain in Aquaman and the Lost Kingdom.

As a result of the court’s ruling, Heard was ordered to pay Depp — who first filed the lawsuit back in March of 2019 — $15 million in damages. However, Heard’s lawyer said following the trial that their client “absolutely” could not afford to pay the court-ordered damages.